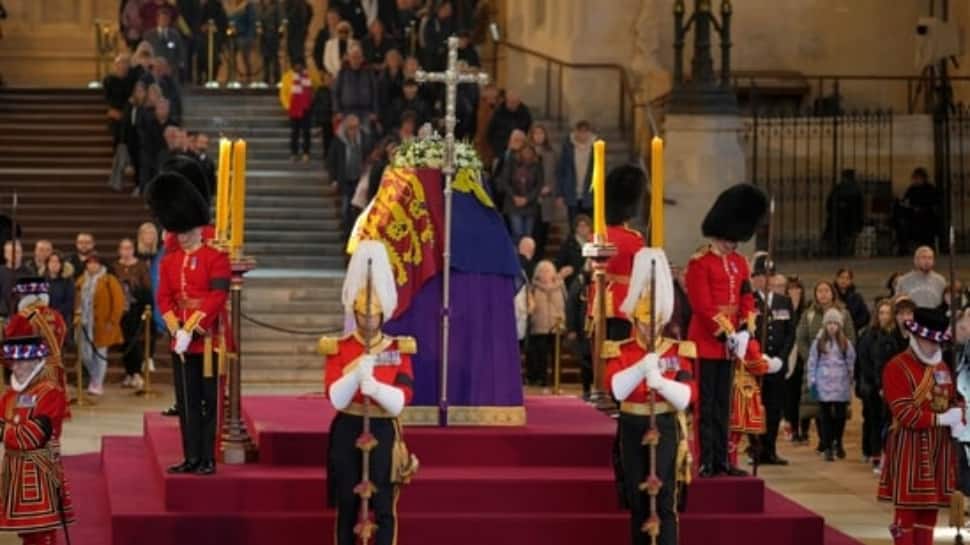 London: With world leaders and dignitaries flying from across the globe, and an expected crowd of over 2 million people, the Queen`s funeral will, in all likelihood, be the highest-attended event in the history of the United Kingdom. Let`s see what will happen at the state funeral – a detailed step-by-step plan for Monday.


New York Times quoted some local UK media reports that claim that many world leaders are unhappy with community transportation because they heard rumours that some of them will get preferential treatment and be permitted to drive their own cars.


According to New York Times, the Westminster Abbey will open at 8:00 am (London time) for those who have been invited to the funeral. New York Times also reports that the coffin will be carried in a procession from Westminster Hall to the abbey. The Royal Navy and Royal Marines personnel will be stationed along the way. About 200 musicians, including the pipes and drums of the Scottish and Irish Regiments, will lead the procession. King Charles III and other royal family members will ride in the carriage.


The funeral service will be conducted by the dean of Westminster, and readings will be given by Patricia Scotland, the secretary general of the Commonwealth, and Prime Minister Liz Truss. The sermon will be delivered by Canterbury`s archbishop, the Most Reverend Justin Welby.

Two minutes of silence will be observed across Britain towards the end of the ceremony. The service is expected to end around 12 pm (UK time)


After the service ends, a procession will follow the coffin to Wellington Arch in London after which it will be driven to Windsor. New York Times also revealed that following the funeral, visiting heads of state and government representatives would attend a reception hosted by the foreign secretary.


Now, after the Queen`s coffin will reach Windsor, the hearse will join a new procession on the journey to St. George`s chapel. A committal service will be held there. All members of the queen`s staff, including those who have worked on private estates, will be in attendance.


The dean of Windsor will conduct the service there. According to the online media portal, The Imperial State Crown, the orb, and the sceptre will be taken off the top of the coffin and placed on the altar by the crown jeweller before the last hymn is sung.

Then, the coffin will be lowered into the royal vault, a burial room underneath the chapel, following the hymn. New York Times quoted a Buckingham Palace release that read, “The Queen is to be buried together with The Duke of Edinburgh”.


The blessing will be pronounced by the archbishop of Canterbury, and “God Save the King” will then be sung. The funeral service will be private and begin at 7:30 p.m. The dean of Windsor will be conducting it.