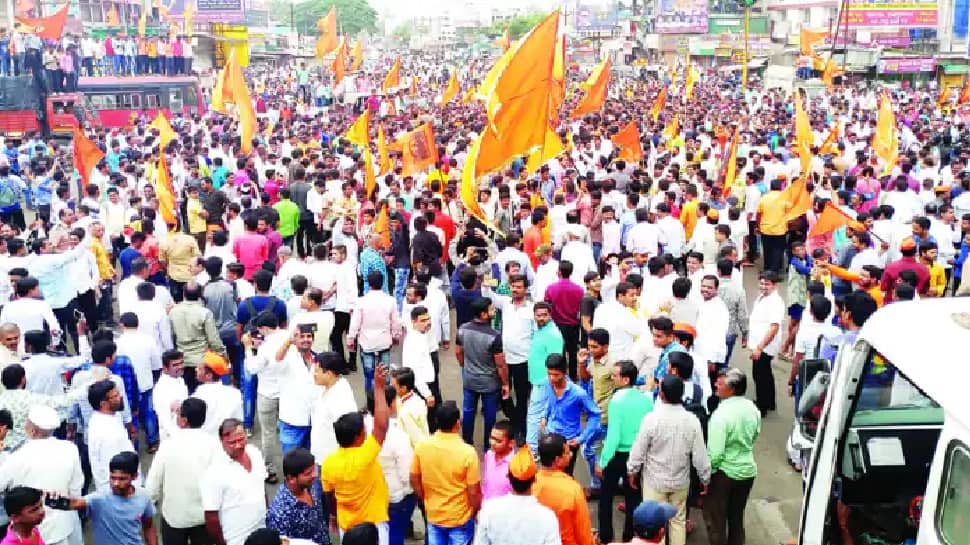 Mumbai will witness a massive protest march on December 17 which will be led by the opposition Maharashtra Vikas Aghadi (MVA). The protest march will be held against the Eknath Shinde government for insulting Chhatrapati Shivaji Maharaj. Further, MVA will also protest against the Maharashtra-Karnataka border dispute while also demanding to remove Maharashtra’s Governor Bhagat Singh Koshiyari over his controversial remark about Shivaji. Uddhav Thackeray has appealed to those who ‘love Maharashtra’ to come together on December 17 to hold a ‘Morcha’ against those who have insulted the state. Uddhav has also slammed the state government over the Maharashtra-Karnataka border issue.


Addressing the Press conference Uddhav Thackeray said, “On this 17th Dec, we will hold a ‘Morcha’ from Jijamata Udyan to Azad Maidan in Mumbai against the current state government, and demands to remove Maharashtra’s Governor, I appeal to all those who love Maharashtra to come together against those who have insulted the state.”


Also read: ‘Will show BJP what Maharashtra is about’: Uddhav Thackeray warns to remove Governor over Shivaji remark


Stepping up his attack on the government, Thackeray said, “Karnataka has been asking for our areas, villages, and even Jath, Solapur will they ask our Pandarpur Vithoba too? This raises one question-is there any govt in Maharashtra? Like before the Gujarat elections, some businesses were shifted there, so before the Karnataka elections will our villages be given to Karnataka?”


“See how Karnataka CM statement and there is BJP govt in the state, and CM Shinde become CM here because of BJP, they are not saying anything on the issues and there is an attempt to insult our leaders and icons of Maharashtra so we are doing this aandolan,” Leader of the opposition party Ajit Pawar said.

Congress leader Balasaheb Thorat said, “They have insulted Shivaji Maharaj, Jyotiba Phule and keep insulting and even Maharashtra Karnataka border issue and the statement given by Karnataka CM and here no one is replying in strong language from this government. All these issues must be addressed by this govt so we have decided to hold a big Morcha.”


The controversy erupted in the state after Maharashtra’s Governor said that Chhatrapati Shivaji Maharaj was an “old icon.” Addressing a function at Dr Babasaheb Ambedkar Marathwada University in Aurangabad on November 19, Governor Koshyari said, “If someone asks who your idol is, you don’t have to go out looking for one. You will find them right here in Maharashtra.


Chhatrapati Shivaji Maharaj has become an old idol now, you can find new ones — from Babasaheb Ambedkar to (Union Minister of Road Transport and Highways) Nitin Gadkari.”


This statement sparked a massive furor and drew censure from Maratha organisations and opposition leaders alike. Karnataka Chief Minister Basavaraj Bommai had said that he has appealed to Maharashtra Chief Minister Eknath Shinde to fight the border dispute issue legally as it is in court now.

“We have already communicated to them that it will create a law and order problem, therefore, it’s not the right time to come. I appeal to the Maharashtra CM that the matter is in court and fight it legally,” said the Karnataka CM on the visit of Maharashtra ministers.


(With inputs from ANI)