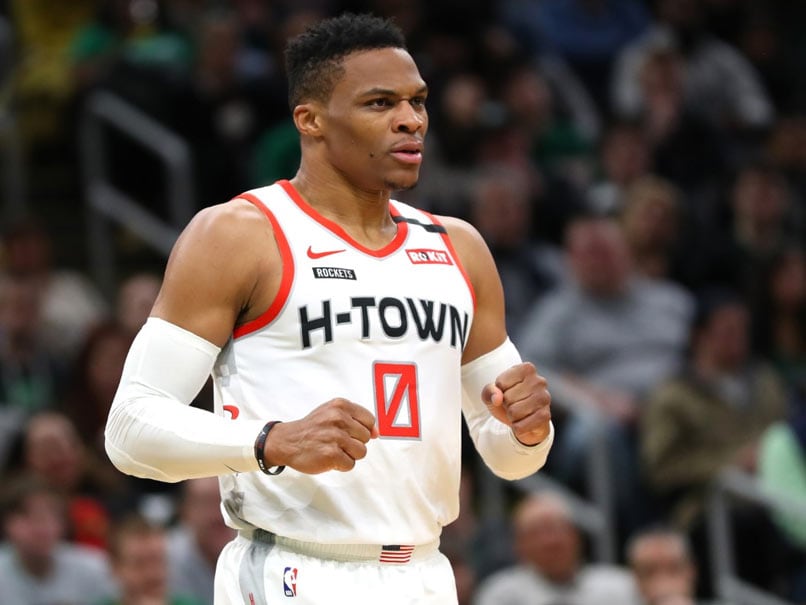 Russell Westbrook was one of several Rockets players who did not travel to Orlando.© AFP


NBA star Russell Westbrook revealed on Monday he has tested positive for COVID-19 as the league gears up for its return in Florida later this month. Houston Rockets star Westbrook, the 2017 Most Valuable Player and one of the biggest names in the NBA, said in a statement he was feeling well and was in isolation. “I tested positive for COVID-19 prior to my team’s departure to Orlando,” Westbrook said on Twitter. “I’m currently feeling well, quarantined and looking forward to rejoining my teammates when I am cleared. Thank you all for the well wishes and continued support,” the 31-year-old added.

“Please take this virus seriously. Be safe. Mask up!”

Westbrook was one of several Rockets players who did not travel to Orlando, where the NBA will resume its season on July 30 after a four-month shutdown due to the coronavirus pandemic.

As well as Westbrook, fellow superstar James Harden and Cameroon international Luc Mbah a Moute also did not travel, although the team has not given a reason for their absence.

Rockets coach Mike D’Antoni on Sunday said Westbrook, Harden and Mbah a Moute were “working in their own home base.”

“We’re still expecting them in a few days,” D’Antoni said. “You never know, but we think we’ll get them back in here by the middle of the week.

D’Antoni would not comment on why the players had not travelled with the team.

“These are things that people are dealing with,” he said. “We’re not going to get into why not. They’re on their way.”

Westbrook is one of several NBA players to have tested positive for COVID-19, joining a list which includes Brooklyn’s Kevin Durant, Boston’s Marcus Smart and Utah Jazz duo Rudy Gobert and Donovan Mitchell.