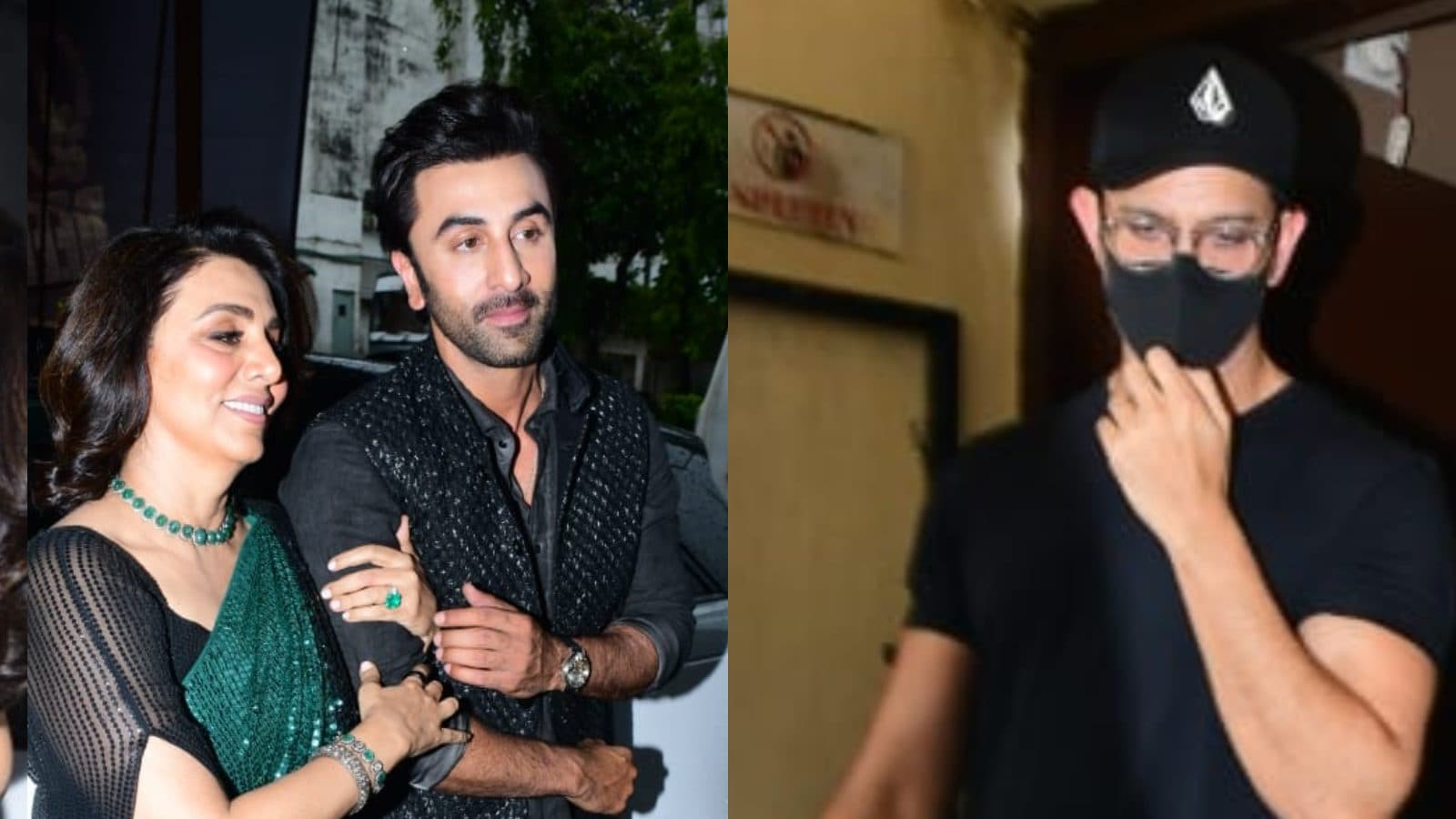 Brahmastra has finally released and what a celebration it has been. The film, starring Ranbir Kapoor and Alia Bhatt, has received mostly positive reviews from critics and audiences. Joining the sea of positive reviews is Neetu Kapoor. A video of the veteran actress giving her review to director Ayan Mukerji has surfaced online and she was nothing but praises for the film. “The ending is gripping and outstanding but initially… it takes time (to build). But once the film takes off…” she was heard telling Ayan.

The trailer of Ajay Devgn, Sidharth Malhotra and Rakul Preet Singh starrer slice-of-life film Thank God was released on Friday and it has definitely piqued the interest of fans and movie buffs alike. Helmed by Indra Kumar, the social comedy wholeheartedly incorporates the lore of Chitragupt and Yamlok. The trailer shows Shershah star Sidharth Malhotra meeting with the car accident from the get-go and finding himself surrounded by otherworldly personalities in Yamlok. However, what actually manages to steal the show is Ajay Devgn’s swagalicious entry as Chitragupta in a quirky salt-and-pepper beard who single-handedly deals a blow by acquainting Sidharth Malhotra with his various flaws like anger, jealousy, lust and more.

Liger producer Charmme Kaur has strongly reacted to all the rumours that have been doing the rounds ever since Liger flopped at the box office. There were reports that Vijay Deverakonda’s next with Puri Jagannadh, Jana Gana Mana, was shelved after Liger’s poor performance. Later, it was reported that Puri Jagannadh was leaving his Mumbai flat after the film suffered huge loss. Now, Charmme has put an end to all the speculations. On Thursday, she tweeted, “Rumours rumours rumours! All rumours are fake! Just focusing on the progress of … Meanwhile, RIP rumours!!”

Yo Yo Honey Singh and Shalini Talwar have now ended their marriage of 11 years. The duo had filed for divorce in 2021, and it was finally granted by Delhi’s Saket Court on 8th September. Honey Singh has paid a hefty amount of Rs. 1 crore to Shalini as alimony. In 2021, Shalini caused a stir when she accused Honey Singh and his family of domestic violence. As reported by India Today, the duo reached a divorce settlement at the family court on Thursday. During the hearing, in the presence of judge Vinod Kumar, Honey Singh gave a cheque of Rs 1 crore as alimony to Shalini Talwar in a sealed envelope.

Hrithik Roshan was not pleased after a fan forcefully tried to take a selfie with him. The incident took place on Friday when the Vikram Vedha star was leaving a theatre in Mumbai after watching Brahmastra with his sons Hrehaan Roshan and Hridhaan Roshan. A video of the same has surfaced online, showing Hrithik upset with the fan’s behaviour. Hrithik was standing outside his vehicle and ensuring his sons boarded safely when a young fan broke past the security and began taking selfies. Hrithik was not pleased. “Kya kar raha hai tu? Kya kar raha hai? (What are you doing?)” Hrithik shouted.

Watch video here: Hrithik Roshan Shouts At Fan After He Forcefully Takes A Selfie: ‘What Are You Doing?’ | Watch