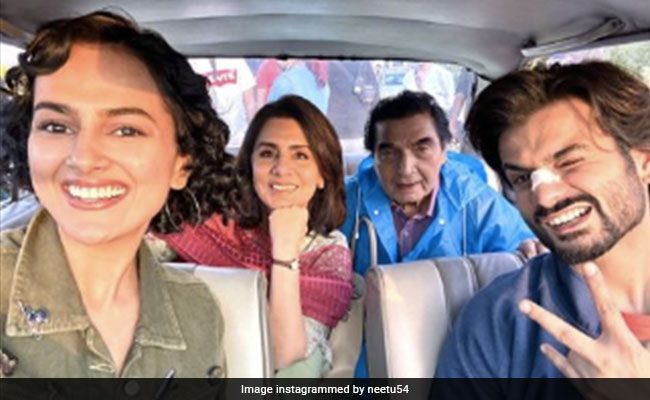 Neetu Kapoor‘s new film, Letters To Mr Khanna, is special to her for many reasons. One of them is the collaboration with veteran actor Asrani after 47 years. The duo have worked together in a couple of films in the 70s and early 80s such as Raj Mahal, Ab Kya Hoga, Dhongee and Priyatama. Letters To Mr Khanna marks their first film in four decades. Neetu Kapoor, on Friday, shared a selfie with Asrani and other cast members of the film – Sunny Kaushal and Shraddha Srinath. Neetu Kapoor is seen sitting in the back seat with Asrani.  Sharing the photo on her Instagram Stories, Neetu Kapoor wrote, “On set with Asrani ji after 47 years. Unreal.”

See the priceless picture of Neetu Kapoor and Asrani here: 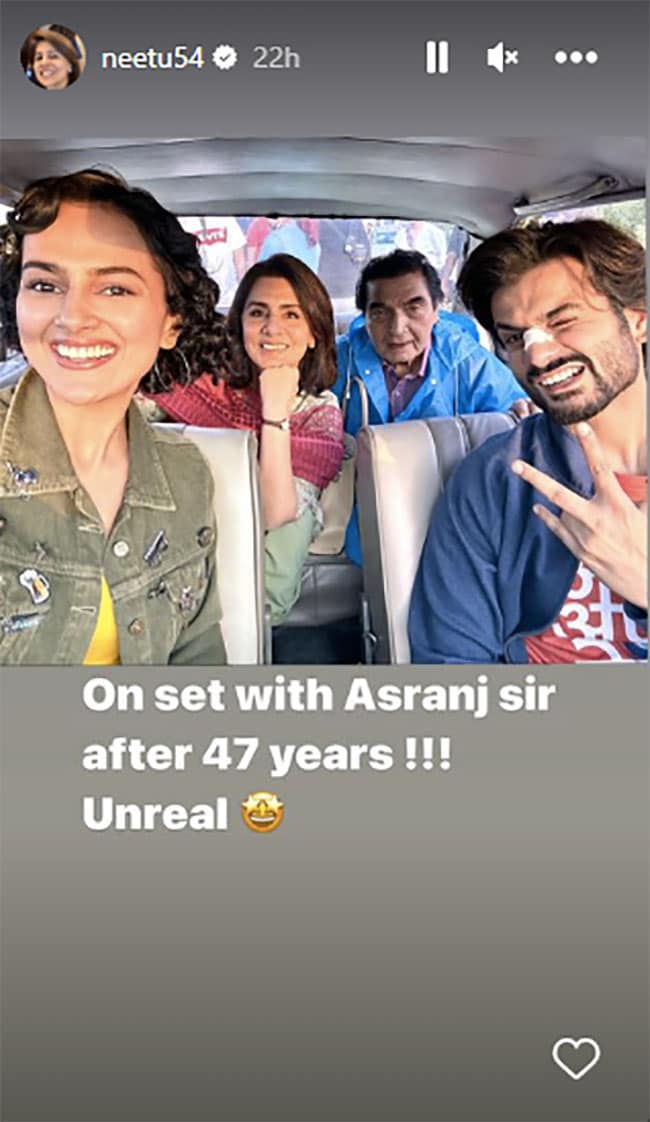 The photo featured her posing with Sunny Kaushal, Shraddha Srinath and Lionsgate Inddia’s Managing Director Rohit Jain, among others.

Neetu Kapoor believes that Letters To Mr Khanna will touch the hearts of many. The actress had said, “It goes beyond the regular mother-son story and explores a different side that sets a unique tone to the rom-com genre. I am excited to be part of Lionsgate Studios’ first production, in a movie, I believe will touch hearts and remain close to my heart,” reported news agency PTI.