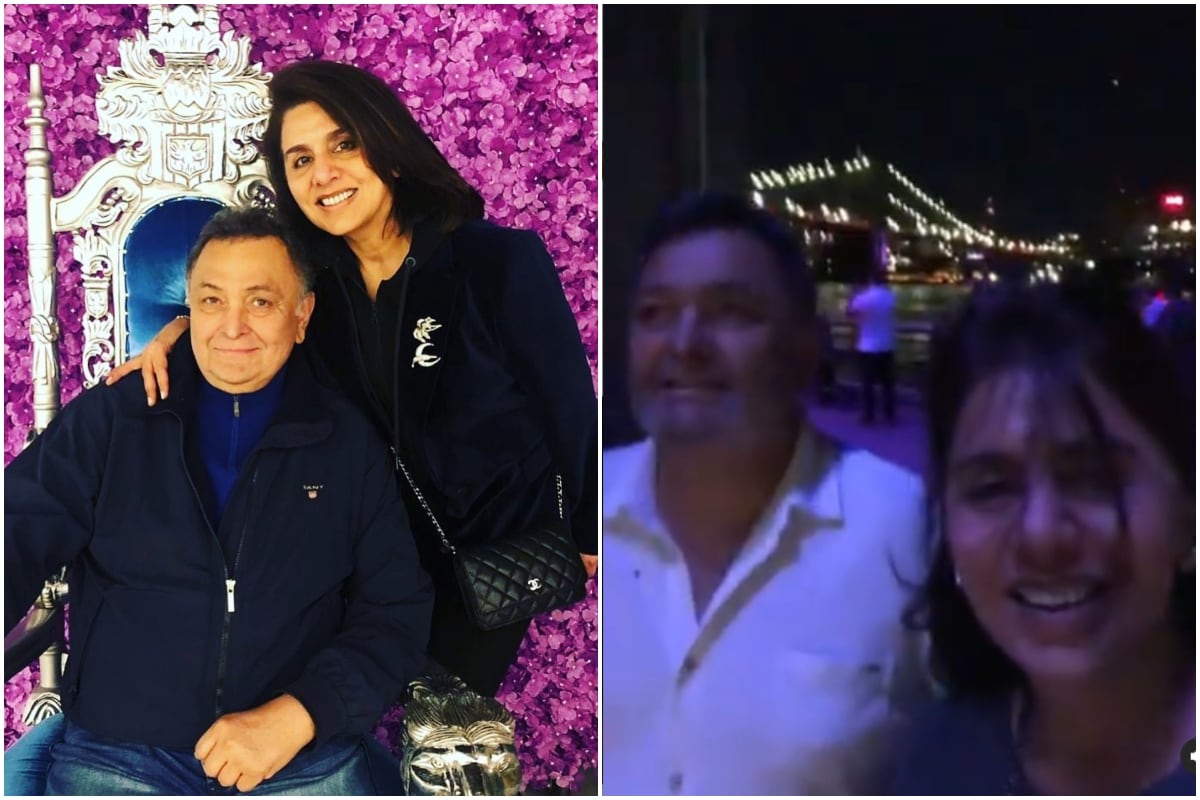 Rishi Kapoor is seen humming a song as he walks around with his wife. He also is heard telling her not to focus the camera on him and to show the picturesque locale around.

Rishi Kapoor stayed in the US for almost a year for his cancer treatment. He breathed his last on April 30, 2020.

Neetu recently attended a TV show, where the couple was celebrated by the contestants of the music reality show. The veteran actress put up a brave face, fighting back tears on her first outing on TV without the late actor.