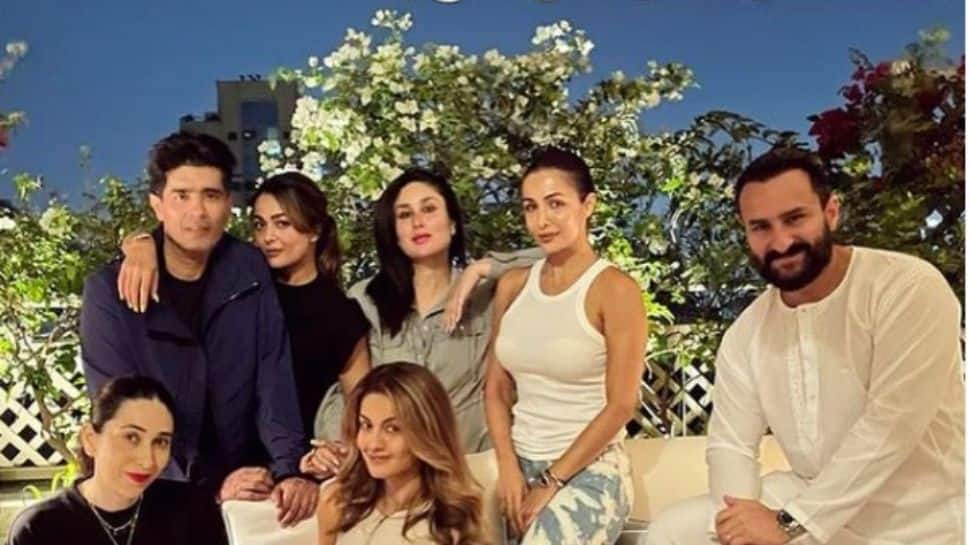 New Delhi: Actress Kareena Kapoor and husband, actor Saif Ali Khan got together with her sister Karisma Kapoor, Malaika Arora and other friends for a ‘lovely evening’. This is the first picture of the couple after the birth of their second child.

Actress Karisma Kapoor took to Instagram to share the picture of their get-together and captioned it as, “lovely evenings.”

Manish Malhotra, Amrita Arora, and Natasha Poonawalla can also be seen in the star-studded snap.

Kareena and Saif welcomed their second baby boy on February 21. The power couple is parents to a 4-year-old Taimur Ali Khan.

They had announced their second pregnancy in August 2020. In a statement released by the couple, they said, “We are very pleased to announce that we are expecting an addition to our family!! Thank you to all our well-wishers for all their love and support.”

Earlier, the actress posted her first picture post delivery in which she can be seen soaking in the sun. Captioning the post, she wrote, “Oh hello there… Missed you all.”

On the work front, Kareena will next be seen with Aamir Khan in ‘Laal Singh Chaddha’. She also has Karan Johar’s period-drama ‘Takht’ in her kitty. While Saif has ‘Bhoot Police’ and ‘Bunty Aur Babli 2’ in the pipeline.