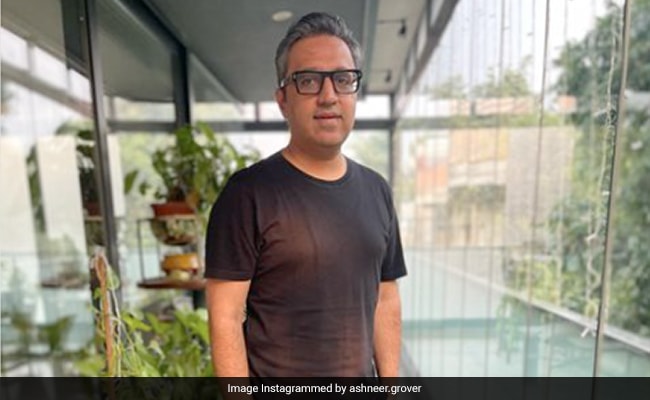 BharatPe co-founder Ashneer Grover on Monday reacted to reports of senior executives, including the chief technology officer (CTO) and chief product officer (CPO), quitting the fintech giant. Taking to Twitter, Mr Grover, who resigned as the MD (Managing Director) and Director of BharatPe earlier this year, said that there is no BharatPe India without him.

“Good people don’t work for companies. They work with magical Founders to create, build and grow ! There is no @bharatpeindia without @Ashneer_Grover,” he said.

Good people don’t work for companies. They work with magical Founders to create, build and grow ! There is no @bharatpeindia without @Ashneer_Groverhttps://t.co/Wl6nKeeIUd

Apart from this, the firm also said that some two to three exits also happened at the mid-managerial level. Geetanshu Singla, who served as the vice president of technology, and Manas Poddar, who was a programme manager at BharatPe, have too moved on, the company stated, according to Livemint.

Meanwhile, Ashneer Grover has had a rocky past with BharatPe. In March, he was stripped of his position after a third-party audit found serious lapses under him. His wife Madhuri Jain Grover had also been terminated as the head of controls on allegations of funds misappropriation.

Mr Grover recently announced his memoir‘Doglapan: The Hard Truth about Life and Start-ups’. His book is being published by Penguin India and is set for December 26 release.

On the professional front, Mr Grover has been dropped from the most recent season of the business relatively show ‘Shark Tank India’. Amit Jain, the Chief Executive Officer (CEO) and co-founder of CarDekho, has replaced the former BharatPe founder Ashneer Grover.