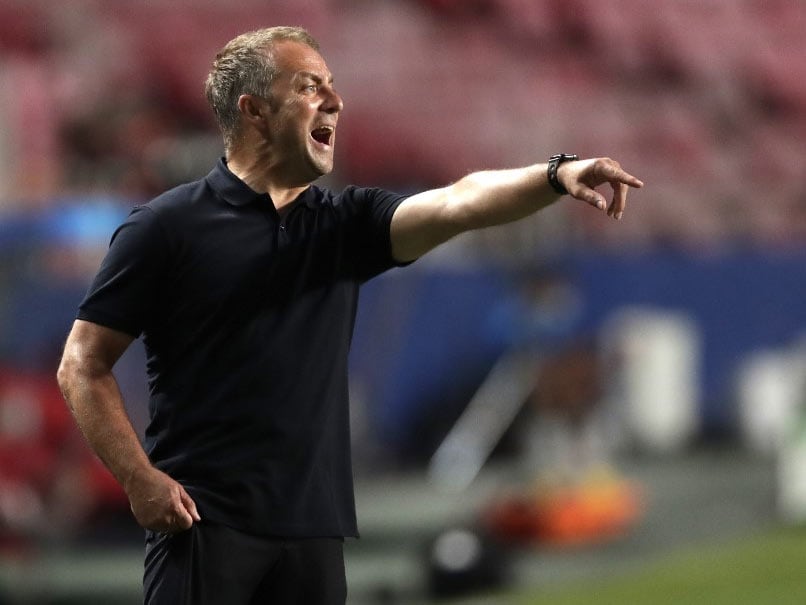 Bayern Munich boss Hansi Flick is hoping for a rendezvous with compatriots Julian Nagelsmann or Thomas Tuchel in Sunday’s Champions League final as three German coaches contest the last four for the first time. Having demolished Barcelona 8-2 in Friday’s jaw-dropping quarter-final, Bayern now face French side Lyon on Wednesday for a place in the final. The other berth will be decided when Flick’s fellow German coaches Nagelsmann and Tuchel go head-to-head in Tuesday’s other semi-final between RB Leipzig and Paris Saint-Germain.

“Of course I am happy for Thomas and Julian”, said Bayern coach Flick.

“We’ll try to meet one of them in the final.”

Should Bayern and Leipzig both progress, it would set up the first all-German Champions League final since 2013, when the Bavarians beat Dortmund 2-1 at Wembley Stadium.

Nagelsmann, 33, who was barely out of his teens when a knee injury ended his playing career in 2008, has steered Leipzig to the Champions League semis for the first time in the club’s short history in his debut season in charge.

Under 46-year-old Tuchel, PSG are in the last four for the first time since 1995.

Flick, who made 100 appearances as a midfielder for Bayern and won the Bundesliga title four times between 1986 and 1990, has excelled in just under 10 months in charge.

Under Flick, Bayern have won their last 20 games with Friday’s demolition of Barcelona the stand-out result of this season’s competition.

Flick was also assistant coach when Germany won the 2014 World Cup, which included a jaw-dropping 7-1 win over hosts Brazil in the semi-finals.

He is on the verge of winning Bundesliga, German Cup and Champions League titles for Bayern in a single season, which would be the first time since Jupp Heynckes’ treble feat in 2013.

“I know from personal experience how it feels to reach a semi-final,” said Flick.

“You are among the best teams in Europe, so you are very happy.”

As Jurgen Klopp steered Liverpool to both the 2018 and 2019 Champions League finals, for the third season in a row there will be at least one German coach in Sunday’s final.

“We should be happy that a few German coaches are in the top four in Europe. It’s a nice thing,” said Nagelsmann.

Three Germans coaches in the last four is tribute to the work done behind the scenes by the Association of German Football Coaches (BDFL), whose demanding courses consistently produce high-quality coaches.

“It’s rather proof that the training of coaches in Germany is very good.”

Nagelsmann, the youngest coach in history to reach a Champions League semi-final, “enjoyed a good coaching education” thanks to the German Football Association (DFB).

However, he says while a trio of German coaches in the semi-finals is unusual, his countrymen have often been in charge at the business end of the Champions League.

“I remember what was written when German football was in the doldrums,” he said after no Bundesliga club reached the Champions League quarter-finals last season.

“Now everything is good again?”

“That’s not how it is. You shouldn’t live in extremes — but you can enjoy the moment.”