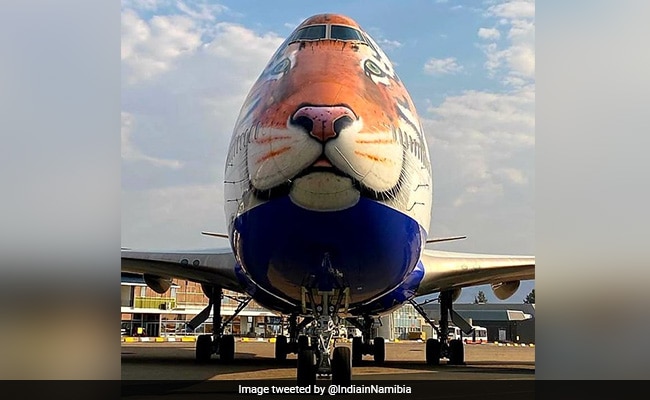 This will be the world’s first inter-continental large wild carnivore translocation project.

No greater gift for Madhya Pradesh than this on Prime Minister Narendra Modi’s birthday, state Chief Minister Shivraj Singh Chouhan said this morning, calling the ‘historic’ ferrying of Cheetahs from Namibia to the Kuno National Park the biggest wildlife incident of the century.

This will rapidly boost tourism in the state, especially in the Kuno-Palpur region, he said. “The cheetahs will be a blessing for this region,” he added.

India in the past was home to Asiatic cheetahs, but the species was declared extinct domestically by 1952. The big cats are being brought to India from Namibia as part of an intercontinental translocation project called Project Cheetah. This will be the world’s first inter-continental large wild carnivore translocation project, the Prime Minister’s Office has said.

“Cheetahs will help in the restoration of open forest and grassland ecosystems in India. This will help conserve biodiversity and enhance the ecosystem services like water security, carbon sequestration and soil moisture conservation, benefiting the society at large,” a media release from the PM’s office said.

Eight cheetahs from Namibia – flying in a special cargo plane – have landed at the Gwalior airport in Madhya Pradesh. The speedy big cats will now be flown in a helicopter to the Kuno National Park, where they will be released.

According to the Cheetah Conservation Fund (CCF), an international not-for-profit organisation headquartered in Namibia and dedicated to saving the fastest land animal, the five female cheetahs bound for India are aged between two and five years, while the three males are aged between 4.5 years and 5.5 years.