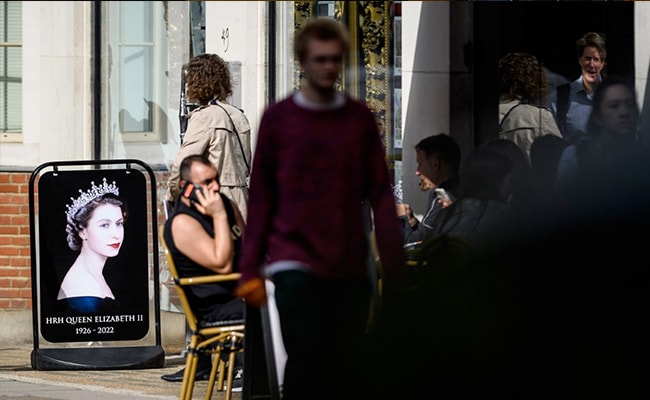 Queen Elizabeth’s funeral will be held on Monday.

No school, no McDonald’s, no movies. Despite the somber mood in Britain following the death of Queen Elizabeth II, decisions to shut down much of the economy on the day of her funeral have drawn criticism, online mockery and, in some cases, widespread confusion.

The UK government announced last weekend that Monday will be a national bank holiday to “allow individuals, businesses and other organizations to pay their respects” to the Queen. Schools will be closed, but companies were left to decide whether or not to stay open — albeit with employers “encouraged to respond sensitively” to requests from their staff to have the time off work.

The guidance presented a dilemma to businesses such as shops, restaurants, pubs and hotels. If they closed to allow employees the day off, they risked accusations of denying basic services to the public. Staying open, however, would require staffing — made even trickier by expectations that workers should not be docked pay if they wished to mourn or pay their respects to the Queen.

Some firms struggled with the decision and ended up infuriating customers and suffering a wave of negative publicity. Center Parcs UK Group Ltd., which operates five resorts in the UK, said it would close on the Monday, meaning that families would have to cut short their breaks and either travel home or find a different hotel.

Following a public backlash, Center Parcs decided to allow visitors to stay but said they would have to remain in their rooms or lodges — prompting another outcry, until it clarified that customers would be able to walk around the parks and holiday villages. Its facilities will be closed.

“You’ve got to balance staff needs, customer needs and public perception,” says Simon Neville, a media strategy director at communications firm SEC Newgate. Following the Queen’s death, Neville says that companies were advised “to stop, take a breath, calm down and think things through. And it seems that Center Parcs didn’t think this through.” 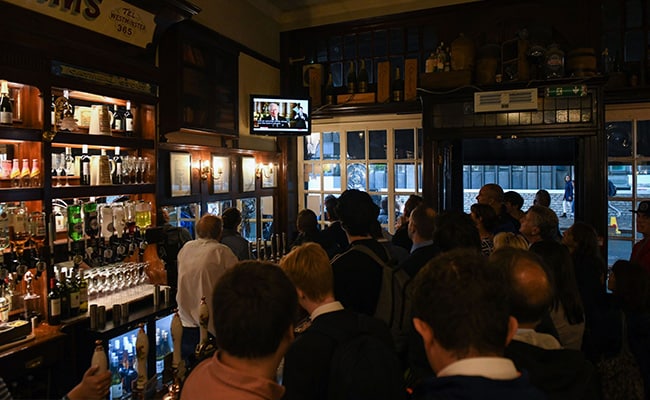 Indeed, some companies took a markedly different, and much slower, approach. Pub chain J D Wetherspoon Plc waited until Thursday morning, nearly a week after the Queen’s death, to reveal its decision to keep pubs open in central London and at transport hubs, but for other branches to stay closed until the end of the funeral, expected to be around 1 p.m.

Its rival, Greene King Ltd., had already said that pubs with televisions would open so that people could watch the funeral, while those without screens would only open afterward. “Our pubs are a place for communities to come together,” it said in a statement.

While many pubs are staying open, most shops have decided to shut except for branches in central London, where vast crowds are expected. A lot of people gathering in the capital will travel from other parts of Britain, raising doubts about whether the transport infrastructure will be able to cope. London’s authorities have advised businesses to stay open, particularly restaurants and bars.

The extent of the shutdown across the country is considerable, with economists expecting a sharper hit to gross domestic product than usual.

“Extra bank holidays in the past have tended to reduce GDP growth in that month by half to one percentage point,” said Paul Dales at Capital Economics. “As this is an unusual one with perhaps more events and activity being canceled or postponed, it might be toward the top of that range.”

The Bank of England had already predicted a UK recession, starting in the final quarter of the year.

McDonald’s will close all its branches until at least 5 p.m., while cinema chain Vue said that its screens on Monday would show the funeral but no movies. Local doctors’ offices will be closed and many hospital appointments postponed, leading to complaints from patients. British Cycling advised people not to ride their bikes during the hours of the funeral, before changing tack after the guidance was mocked on social media.

The British public seems unimpressed by the way companies and public sector organizations have handled the situation. Over half think it is wrong to postpone non-essential medical procedures, according to a survey by pollster YouGov, while fewer than a third agree with the decision. Only 13% say it’s right for people to be made to leave their pre-booked accommodation, as originally proposed by Center Parcs.

Moreover, 58% of respondents agree with the view that companies’ statements of condolence following the Queen’s death were purely for the sake of maintaining a positive corporate image, with only 28% seeing them as sincere.

“What matters is that you respond in a way that’s appropriate to your brand values, your business, and your sector,” says George Pascoe-Watson, chairman of PR consultancy Portland. “Whatever the decision — there’s going to be people who disagree.”