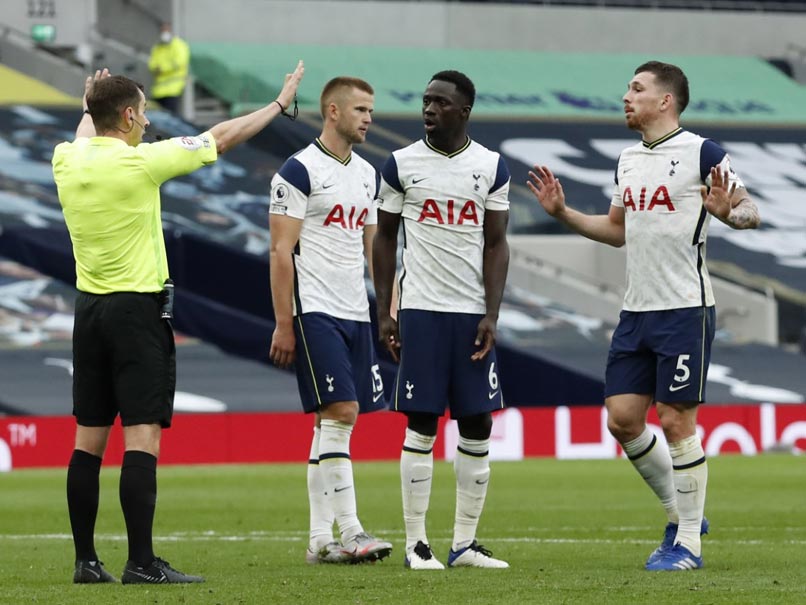 Newcastle manager Steve Bruce said the stoppage time penalty that allowed his side to snatch a 1-1 draw at Tottenham on Sunday was a “nonsense” in another Premier League clash decided by the controversial interpretation of the handball rule. Spurs had just Lucas Moura’s goal to show for a dominant first-half display and were made to pay when Eric Dier was penalised after a VAR review as the ball brushed his arm in challenge with Andy Carroll. Callum Wilson converted the penalty with Newcastle’s first shot on target, prompting Jose Mourinho to march down the tunnel before the full-time whistle had been blown.

“I can understand why Spurs will go berserk and Roy Hodgson reacted like he did. It is a total nonsense,” said Bruce. “We should be jumping through hoops, but I would be devastated if that was us.”

Mourinho complained that Tottenham were not being treated equally to other clubs after a similar incident when the ball struck Newcastle captain Jamaal Lascelles on the arm was not punished.

For all their complaints, Mourinho’s men will also have to reflect on not taking their chances before the break in front of the watching Gareth Bale.

The Welshman was all smiles in the stand, but was still not fit enough to make his second Spurs debut due to a knee injury, while Mourinho left Dele Alli out of his 18-man squad completely for the second straight league game.

Karl Darlow in the visitors’ goal was busy from the third minute as he clawed out Giovani lo Celso’s free-kick and got up to block Harry Kane’s follow-up effort.

Kane provided four assists for Son Heung-min in a 5-2 thrashing of Southampton last weekend and was the creator when Spurs did finally break the deadlock on 25 minutes.

Moura’s place is most at risk when Bale is fit to return, but reminded Mourinho of the threat he can post by bundling home his first Premier League goal since December from Kane’s low cross.

Son then hit the woodwork twice with shots from outside the box, while Darlow made another fantastic save from Kane’s long-range effort to crucially keep Newcastle’s deficit down to just one before half-time.

Spurs’ attacking flow was interrupted in the second-half without Son, who was replaced at half-time and is now an injury doubt for Tottenham’s hectic week ahead as they face Chelsea in the League Cup on Tuesday, Maccabi Haifa in Europa League qualifying on Thursday and travel to Manchester United in the Premier League next Sunday.

Yet, there was still precious little from Newcastle for Tottenham to fear at the other end until the dramatic finale.

Indeed, the closest the visitors came to scoring before the penalty was when Ben Davies smashed a clearance into his teammate Pierre-Emile Hojbjerg and the ball ricocheted wide a minute from time.

But on a weekend already marked by complaints over the handball law, Spurs were stung despite Dier clearly having no intent to handle the ball.

Hugo Lloris got a hand to Wilson’s penalty, but could not keep it out, prompting Mourinho to storm off in disgust.