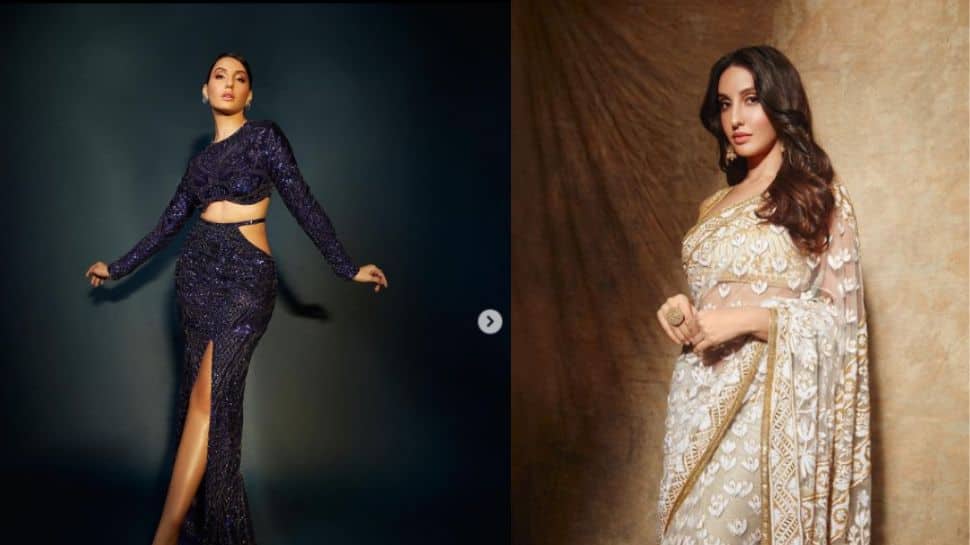 
This was the second time that she was summoned for questioning by the Delhi Police for her alleged role in the case, they said. Fatehi was questioned alongside Pinki Irani who allegedly introduced her to Chandrashekhar. Irani was quizzed on Wednesday too along with actor Jacqueline Fernandez in connection with the case, police said.


A senior police officer said both Irani and Fatehi joined the probe at the Economic Offences Wing’s office at Mandir Marg. “Fatehi, her brother-in-law Mehboob alias Bobby and Irani were questioned for nearly five hours. All of them cooperated during the investigation and they were provided lunch. Since Irani had approached Fatehi’s brother-in-law as well, all the three were also confronted with each other,” he said.


“We had already questioned Fatehi but we wanted to seek details about who actually received a car as a gift from Chandrashekhar’s wife after she attended an event for the couple in Chennai and check details of the bank statements of her brother-in-law,” the officer added. Fatehi and her brother-in-law were given a questionnaire which had 30 questions. They answered all questions, he added.


Interrogation has revealed that Fatehi was approached by Irani on behalf of Chandrashekhar in January. Fatehi claimed that she went to attend the event in Chennai for a studio inauguration and Chandrashekhar’s wife gifted her an expensive bag and a car, instead of fee, the officer said. However, Fatehi has never met Chandrashekhar in person but they have had limited conversation over WhatsApp and she was not aware about his illegal activities, the officer added.

Chandrashekhar’s wife had insisted Fatehi to take the car as a gift instead of charging fee for the Chennai event, he said. After the event, Chandrashekhar repeatedly tried to contact Fatehi on phone but she became suspicious and broke all ties with him, the officer said. In January this year, Irani had approached Fatehi’s brother-in-law and he received the gifted car instead of Fatehi due to certain legal constraints, he said, adding it is part of investigation. “The car received as a gift was later sold by him,” the officer said.


“Irani claimed to have appeared as an anchor on a Television show and is well connected to the (film) industry. She is an associate of Chandrashekhar. She also contacted Fatehi’s borther-in-law and tried to lure him saying they can get him films,” he said. Irani admitted to have contacted Bobby in a bid to influence him to get into films, police said. As part of the investigation, Irani will be questioned again along with other people who are connected to the case, they said.


“They will be questioned to seek further clarity and joint the connecting dots,” the officer said.


Though the agency had questioned Fatehi for six to seven hours on September 2 and recorded her statement, she is being further interrogated as there are “certain unanswered questions”, he said. Further investigation has revealed that Chandrashekhar had offered a motorcycle to Fernandez’s agent Prashant on his birthday but he declined to take it. However, Chandrashekhar left the two-wheeler and its keys at Prashant’s place, police said, adding the motorcycle has been seized.

Fatehi was earlier questioned by the Enforcement Directorate (ED) in the case.

On Wednesday, Fernandez was questioned for over eight hours. According to police, she cooperated during the probe and might also be called again for questioning.

Chandrashekhar, who is currently in jail, is accused of cheating many people, including high-profile individuals such as former Fortis Healthcare promoter Shivinder Mohan Singh’s wife Aditi Singh.


On August 17, the ED filed a chargesheet naming Fernandez as an accused in a multi-crore money laundering case linked to Chandrashekhar.According to the ED, Fatehi and Fernandez received luxury cars and other expensive gifts from him.