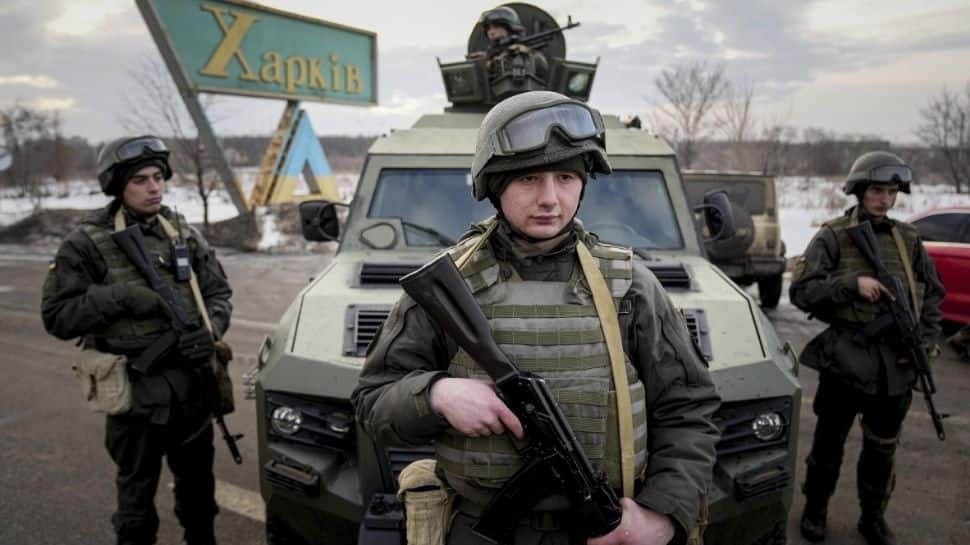 New Delhi: Guns, tankers, arms-laden soldiers all around and constant fear and uncertainty of what the next moment awaits.

Visuals of marooned Indians flocking and running to the airports to catch their next flight home while the locals are chasing a safe spot to escape the inevitable.

This is merely a glimpse of a harrowing picture being painted by the Indian media on the ongoing Ukraine crisis as the threat of Russian invasion looms, but the ground reality is quite contrary.

Call it a coup, invasion, war or a military takeover– the consequence of these ultra-modern terms that unveil some of the most sinister manifestations of human capabilities are beyond comprehension. It is nasty,  violent and wrong on all humanitarian levels.

However, in reality, people are anything but petrified, roads and markets are hosting happy faces, public institutions are operating as they were and Indians are not living in the borrowed time awaiting doomsday like your TV screens are projecting.

Please note that this is not an attempt to downplay what might turn out to be a dreary situation in the free world, but is a simple presentation of the truth.

In the words of an Indian living in Ukraine, “The situation is pretty chilled out.”

“Things are not as bad as the media is portraying, we are all pretty cool here. Exactly the same as we were before this situation unfolded. The media is exaggerating it,” Shrey Singhania, an Indian student at Zaporizhia State Medical University told Zee News.

However, while the situation at ground zero seems to be in control, what’s going on thousands and thousands of kilometres back at home is the real struggle. After all, being a mother to a 24-year-old trapped in a country on the verge of a military war, as they say, is not a cakewalk.

“My mother is spending sleepless nights, she calls me every hour – asking questions about my well-being and safety. She is never at peace,” he said.

“It is because of the circus going on in media 24*7 that makes them panic, it is unfortunate. I am not saying media shouldn’t report but there needs to be some responsibility,”  Singhania added.

On being asked about his plan to return to the country, he said that there’s nothing that would make him happier but to be with his family at the moment, however, the students can make a move only after confirmation from the university, which is awaited.

How is the government helping?

The Indian Embassy in Ukraine made all the students sign a form with their complete details and whereabouts.

Additionally, a 24-hour helpline control room has been installed for the Indians in the eastern European nation.

“We are getting full assistance, from flights availability to evacuation details. So far, no notification has been issued but the government has ensured that they will evacuate us safely if the situation deteriorates,” Singhania told Zee News.

Our college administration has also assured all possible help and safety in case the crisis escalates, he added.

Here are some helpline emergency numbers installed by the Indian government.

Control Room established in Ministry of External Affairs in view of the prevailing situation in Ukraine; 24-hour helpline also established at Embassy of India in Ukraine, says the Ministry. pic.twitter.com/9k1JOA9nT5

Meanwhile, India on Tuesday advised its citizens in Ukraine to temporarily leave that country amid escalating tension between Moscow and the NATO countries.

Earlier, the US said that an attack on Ukraine by Russia is likely in the “next several days”, a claim which the Russian foreign ministry has vehemently denied.