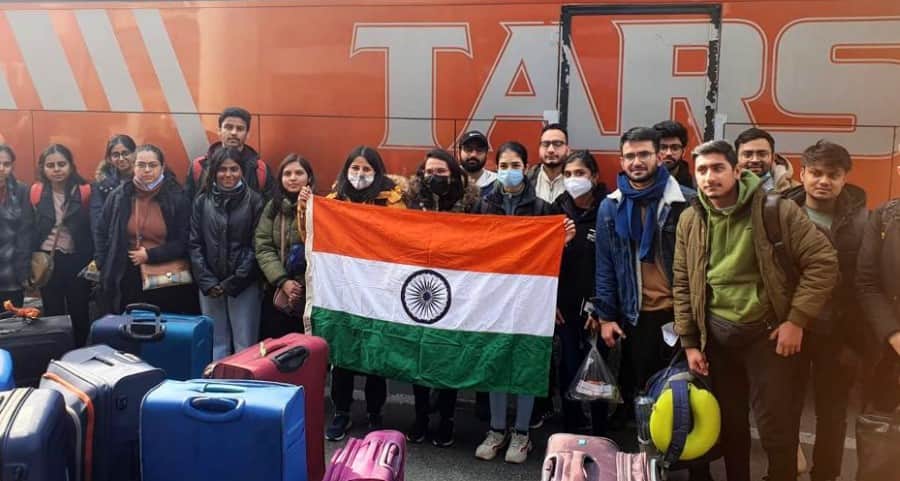 A flight carrying 250 Indian nationals who have been rescued from Ukraine has taken off from Romania’s Bucharest for New Delhi. This is second flight that taking stranded Indians out of war-torn Ukraine. Earlier, a flight carrying 219 Indian nationals landed in Mumbai.  The flights AI1942 from Bucharest is scheduled to arrive with rescued citizens in Delhi on Sunday morning.

“#OperationGanga continues. The second flight from Bucharest has taken off for Delhi with 250 Indian nationals,” the foreign minister tweeted. The second flight is expected to reach on Sunday morning, according to the Minister of External Affairs.

It said that flight number: AI 1940 is expected to depart from Budapest today at 20:45 hrs. (Local Time) and is expected to arrive at 7:45 hrs IST Delhi today.

A total of five students from Karnataka are arriving on this flight.