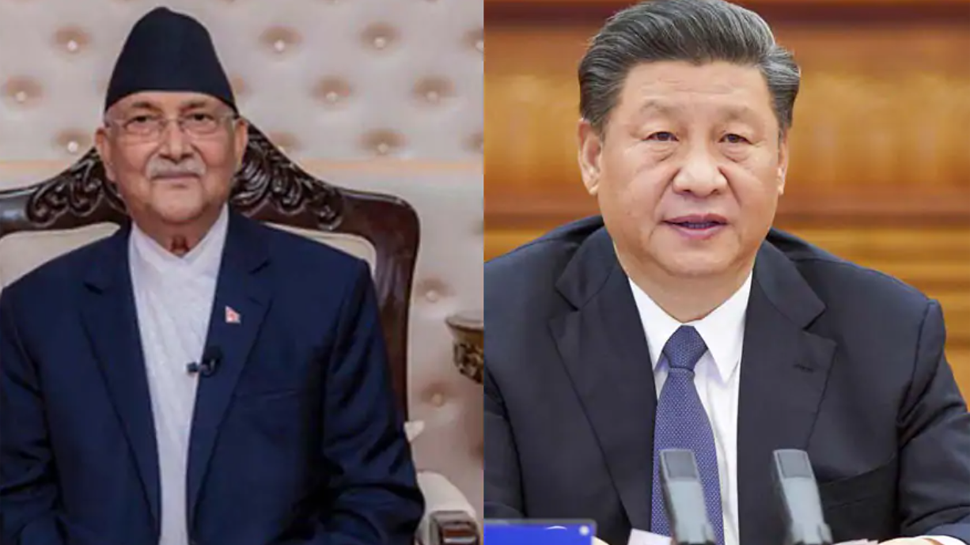 Prominent leader of the Nepali Congress, Jeevan Bahadur Shahi has come out in public to expose the fact about China’s encroachment of Nepali territory in Humla. In an interview with the channel Himalaya Television, Shahi revealed that China has constructed buildings on Nepali land in Humla and has occupied the area. He also claimed that China is rapidly erecting more and more constructions in the adjoining areas, crossing the border pillar 12 of the international boundary between the two countries.

He highlighted that the constructions were done in the guise of maintenance and the Nepali authorities were not at all informed about it.He also said that the Chinese officials working on constructions did not even pay heed to the request and arguments of locals of Humla. He alleged that the Chinese officials at the construction sites chased away the grazers with their cattle when they reached there as it used to be a grazing site for local grazers since time immemorial.

He added that since there is a lack of infrastructure in Humla, China is using these constructions as a bait to lure the local population and establish its hegemony over there. Shahi also argued that the land of Lapcha in Humla, from where the Mansarovar was easily visible, has also been occupied by China.

He alleged that the ruling Nepali Communist Party (NCP) has ‘surrendered’ the land to China. Citing the opposition of the encroachment important for ‘national integrity’, he stated that his party shall raise the issue and oppose it in the Provincial Assembly.

Further speaking to Nepali Radio Network, Shahi said that the Assistant Chief District Officer (CDO) of Humla had already submitted a report that China has constructed nine buildings around border  pillar number 12 of Nepali Land in Humla. He further argued that before the return of inspection teams of the Armed Police Force and the Nepali Army, along with the CDO foreign minister Pradeep Gyawali gave a clean chit to China arguing that there is no border dispute with China at all. He alleged that the assistant CDO was sacked from his post for reporting land encroachment by China and his report was manipulated by the Nepali Home Ministry.

The Nepali strategists and thinkers have expressed their growing concerns over the frequent land encroachment by China. In a recent interview with Sagarmatha TV on 15 October, strategic expert and ex-serviceman of the Nepali Army Dr. Umesh Bhattarai argued that before the report of inspection team on Humla land grab was submitted, the Nepali Ministry of Foreign Affairs stated that there is no border dispute with China at all. He also reminded that the website of the Agriculture Ministry of Nepal itself reflected that border disputes with China exist at several places from Taplegunj to Humla.

Recently, reports have emerged in Nepali media about Chinese encroachment in at least seven Nepali districts. As soon as the interviews of Shahi were aired over Nepali media, PM KP Oli discussed with his coterie about strategies on overcoming embarrassment over the issue at the domestic as well as international front.

The NCP might resort to deviate the attention of the Nepali citizens from the issue of land encroachment by China by propping up the propaganda against India and so-called ‘occupation’ of Nepali land by India. This was evident on 15 October, as under PM Oli’s instructions, 21 leftist political parties gathered together in Kathmandu to protest against Nepali land allegedly ‘encroached’ by India and get it back on the basis of recent map issues by the Nepali government.