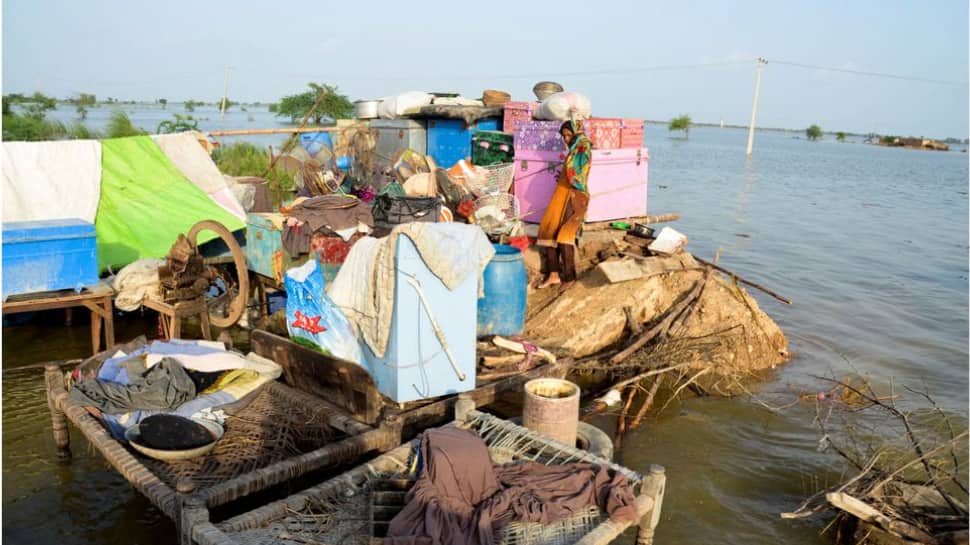 Karachi: In the wake of the devastating floods across Pakistan, the World Bank is set to aid the farmers of flood-affected regions in Sindh with USD 323 billion in order to provide subsidies for fertilisers and certified seeds.

“We have to revive our flooded agro-industry by giving them some incentives,” the Chief Minister of Sindh, Syed Murad Ali Shah said, adding that farmers were not in a position to purchase certified seeds and other pre-requisites for farming as floods wreaked havoc in the country, The News International reported.


“To support the project and help farmers reclaim their lands following the catastrophe ahead of the upcoming Rabi crop season, World Bank agreed to provide USD 323 billion to the provincial government,” the Chief Minister said.


According to The News International, Flood-affected people have criticized the Islamabad government for its inept response to the disaster time and again. Following torrential rains in southern Pakistan, heavy floods have damaged cotton crops which have turned the lives of farmers in Sindh upside down as the rains destroyed thousands of acres of agricultural land and orchards.


Various residents took to the street and staged a protest recently over the lack of help from the government as everything they had including their homes vanished in the floods. According to the health department data, more than 2.5 million people have been affected by infectious diseases in flood-hit areas.

In a recent statement, the World Health Organization expressed deep concerns about the potential for a “second disaster in Pakistan: a wave of diseases and deaths” following the catastrophic floods caused by climate change that has submerged one-third of Pakistan. Explaining the impacts on health, the WHO chief suggested acting quickly to protect health and deliver essential health services.


Moreover, the “Super floods” in Pakistan have left 3.4 million children in need of immediate, lifesaving support, according to UNICEF. This comes as the Monsoon rains claimed more than a thousand lives since June and unleashed powerful floods that have washed away swathes of vital crops and damaged or destroyed more than a million homes. Record monsoons and heavy floods in Pakistan have given rise to hunger and various illnesses which have affected 33 million people and are estimated to have caused USD 30 billion of damage.