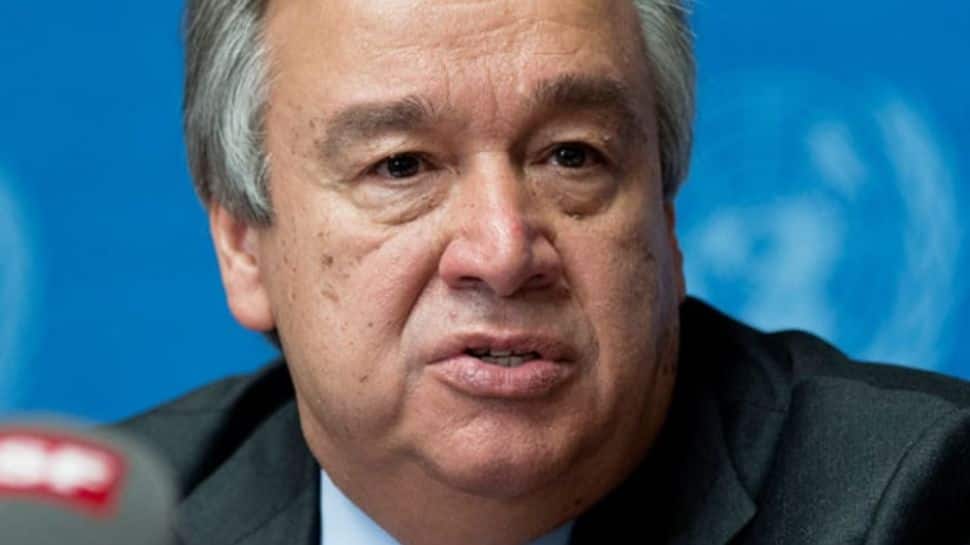 Islamabad: United Nations Secretary-General Antonio Guterres on Friday said that Pakistan needed “massive” financial support for relief, recovery and rehabilitation in the wake of the catastrophic floods that displaced more than 33 million people and are estimated to have caused USD 30 billion of damage.


The remarks of the UN Secretary-General came after he attended a briefing at the National Flood Response Coordination Centre (NFRCC) alongside Prime Minister Shehbaz Sharif, the Dawn reported. UN Secretary-General who is on a two-day visit to Pakistan landed on Friday to express solidarity with the country`s people drenched by extreme monsoon rains that have led to the country`s worst flooding in a decade.


According to Dawn, Guterres, in his address said that the numbers are appalling. “But beyond the numbers, I see the families that have lost their loved ones, houses, crops, jobs and are living in desperate conditions,” he expressed.


He called on the international community to help the flood victims, saying, “Pakistan needs massive financial support to respond to this crisis as according to initial estimates, the losses are around USD 30 billion.”


“I know how these floods have devastated Pakistanis and I assure them to mobilize all our resources to divert the attention of the international community towards it,” Guterres said.US Secretary General said that he had been to Pakistan 17 years back when the country was hit by an earthquake and floods in 2010.


He said that the country has done almost nothing to contribute to climate change, yet it suffers. “I urge countries to generously support the humanitarian response, recovery and reconstruction as a matter of solidarity and justice.”


“It is absolutely essential that this is recognised by the international community, especially by those countries that have contributed more to climate change. And effective solidarity and justice is shown by mobilising massive support,” the UN chief said.


UN chief warned that the world was heading towards a disaster. “We have waged war on nature and nature is striking back in a devastating way. Today, it is Pakistan. Tomorrow, it can be your country. We need to stop increase in emissions and start reducing them now.”


“This matter would be discussed at the next Conference of States Parties,” the secretary-general added.


It is the international community`s obligation to drastically reduce emissions and support countries that need to invest in resilience and recovery, he said.


The UN Secretary-General, upon arriving in Pakistan was received by Prime Minister Shehbaz Sharif. He had welcomed the UN secretary general as he arrived at the PM House along with his delegation.

“I have arrived in Pakistan to express my deep solidarity with the Pakistani people after the devastating floods here. I appeal for massive support from the international community as Pakistan responds to this climate catastrophe,” the UN chief tweeted.


PM Shehbaz Sharif held a meeting with the UN chief to discuss the situation arising from the catastrophic floods in the country. Foreign Minister Bilawal Bhutto Zardari, Information Minister Marriyum Aurangzeb and senior officials were also present in the meeting, the Dawn reported. Sharif thanked the UN secretary general for visiting Pakistan, stating that authorities would provide him with first-hand information about what was happening in the country.


According to an official statement, the Secretary-General`s visit will further raise global awareness about the massive scale of this calamity and the resulting loss of life and widespread devastation.


As Pakistan struggles to deal with the unprecedented floods situation, the World Health Organisation (WHO) has also warned about the worsening crisis in the country ravaged by the record rains.

“We are following closely and with deep concern the humanitarian crisis currently facing the people of Pakistan as a result of devastating monsoon floods,” said Dr Ahmed Al-Mandhari, WHO Regional Director for the Eastern Mediterranean, on the floods in Pakistan.


In a press statement issued on September 5, Dr Al-Mandhari said the current scale of damage and destruction due to the floods is like none seen before in Pakistan – a result of long-term global climate change leading to more severe weather conditions.So far, at least 1,325 people have lost their lives in Pakistan due to floods.