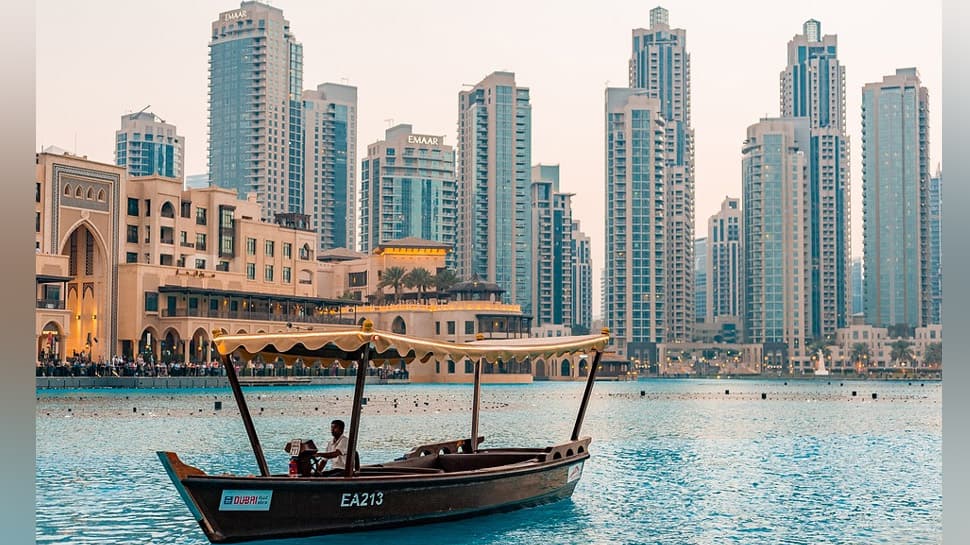 In a recent move to ensure its national security and law and order, the UAE government has banned workers from 13 nations, including Pakistan, from entering the country till further orders. The order was issued on November 18.

The COVID-19 pandemic is rapidly reshaping global geopolitics and diplomacy and a number of countries are seizing the opportunity to take a couple of tough decisions that they would have otherwise faced difficulty in implementing.

Citing a source, a story of Al Jazeera highlighted, “the UAE had temporarily stopped issuing new visas to Afghans, Pakistanis, and citizens of several other countries over security concerns.” The list of the countries included war-torn nations like Syria, Somalia, Iraq, Yemen, and Afghanistan to countries from the anti-Saudi bloc like Turkey and Pakistan.

It also highlighted that Pakistan has been facing the heat before the issuance of the order banning workers from 13 countries. The news report highlighted, “Last week, Pakistan’s foreign ministry said the UAE had stopped processing new visas for its citizens and those of some other countries.. Islamabad said it was seeking information from the UAE on the reason for the suspension but that it thought it was related to the coronavirus pandemic.”

News reports from the Pakistani media reveal that the Pakistani government was not at all informed about the decision. The Pakistani leadership has begun to target the UAE government as it believes that this step is ‘Pakistan specific’ and pandemic is not the actual reason to ban Pakistani workers. Senator Anwar Baig, who also runs a recruitment agency said, “the novel coronavirus was the reason behind the ban, India should have been in the list since it has reported one of the highest cases in the world… the suspension of work or employment visas were worrisome and he believed that the ban was Pakistan specific.”

However, the aversion for Pakistani workers in Gulf countries is not a new phenomenon and the trend is quite old. It’s just that the pandemic has intensified it. According to an economic report by the State bank of Pakistan released in February 2017, the country’s foreign remittances fell nearly 2% during the first seven months (July 2016 to January 2017). It highlighted that the decline came from Saudi Arabia and the UAE.

It noted, “Remittances from Saudi Arabia declined 5.6% to $3.70 billion, UAE 1.8% to $2.44 billion and 1.7% to $1.34 billion from other nations of the GCC.” A major reason behind dislike and disinclination towards Pakistani workers in the Gulf is the involvement of Pakistanis in a large number of crimes, which is rapidly escalating.

Top security officials and bureaucrats of UAE have been expressing their concerns about the rising number of crimes committed by Pakistanis and the thriving of Pakistani criminal gangs. ISI’s heroin business had added to the tranquillity and stability in the UAE. In April 2018, top bureaucrat and Lt Gen Dhahi Khalfan – head of general security of Dubai wrote on Twitter–“The Pakistanis pose a serious threat to the Gulf communities for the drugs they bring with them to our countries.” The tweet came after the bursting of a Pakistani drug nexus in the UAE.

In fact, Khilafan had also served as the police chief of Dubai. Continuing to express his concerns, Khalifan further enquired, “Why are the Indians disciplined while disruption, crime, and smuggling are prevalent in the Pakistani community?” He also went ahead to urge the UAE citizens “not to employ Pakistanis”.

Not only in UAE, but crimes committed by Pakistanis in almost all the Gulf countries are also burgeoning. For example, an October 2016 report by Pakistan’s Express Tribune news platform, “Official documents of the Ministry of Overseas Pakistanis state that currently there are about 1,834 Pakistanis detained in various jails of Saudi Arabia.

Of them, 45% convicts have been charged with drug-related issues followed by theft (15%); forgery (12%), immoral crimes (8%), murder (3%), brawl/fighting (2%) while 15% are held for committing minor crimes.” Data from subsequent years reveal that Saudi has been executing the largest number of Pakistanis as compared to nationals of other countries – most of them for heroin smuggling. These executions include – 20 in 2014, 22 in 2015, 7 in 2016, and 17 in 2017. Recently, in April 2019, a Pakistani couple was beheaded
in Saudi Arabia for smuggling heroin.

The daily wage labourers from Pakistan working in the Gulf have been the biggest sufferers in the pandemic as the employers have laid them off, the governments are asking them to go back, and the Pakistani missions abroad have failed to send them back or evacuate the stranded workers. Many of them are failing to make their ends meet. Thousands of applications of Pakistani workers are pending with Pakistani Consulates in UAE alone.

According to the estimates by the Pakistani government, around 70 per cent of Pakistani workers in the Gulf had registered themselves under the category of labourers and drivers. Pakistani scholars and media have highlighted that the majority of Pakistanis are left with no option other than getting into blue-collared jobs as these countries prefer to give white-collar jobs to Indian workers.

Pakistani scholars highlight that better trained Indian and Bangladeshi workers are rapidly replacing the Pakistani manpower in the Gulf. They further argue that the failure of Pakistani diplomacy is one of the major reasons behind Pakistani’s losing jobs in the Gulf. Former diplomats and scholars have constantly been targeting Pakistan’s Ministry of Foreign Affairs’ for their failure to convince Kuwait, as the country has been Pakistani workers for years and allowing the manpower from other countries work, including the largest number of Indians and Bangladeshis in.

Pakistan’s new Kashmir policy post abrogation of Article 370 and 35A of the Indian constitution has pushed Pakistan further towards a trap and added to its hostility amongst Gulf nations. In a diplomatic spat, Saudi Arabia asked Pakistan to repay the loan as part of the USD 3 billion loans after Pakistan’s Foreign Minister Shah Mahmood Qureshi threatened Saudi Arabia’s leadership for their neutral stand on the Kashmir issue.

In fact, Pakistan has been receiving jolts from Gulf nations in a number of its anti-India initiatives. Recently, in May 2020, Gulf countries including the UAE, Saudi Arabia, and Oman supported the stand of Maldives in halting a proposal to form an ‘informal group’ of United Nation Permanent Representatives of the Organisation of Islamic Cooperation (OIC) countries on ‘Islamophobia in India’, giving a major setback to Pakistan’s anti-India rant.

Banning of workers from Pakistan and Turkey in the UAE also reflects that the move might be a repercussion to the attempts of Erdogan’s Caliphate desire and Pakistan drifting from the Saudi-led bloc to Turkey and helping Erdogan challenge Saudi’s leadership of the Muslim Ummah. It is believed that the developments in Saudi Arabia and UAE is followed by other countries of the Gulf region. It is believed that a number of other countries in the region could very soon begin suspending and banning work visas to Pakistani workers, further hitting its crippling economy.

Insiders reveal that the current three-country tour of External Affairs Minister S. Jaishankar, including the UAE, shall add to the troubles of Pakistan as he is supposed to discuss the issue of Indian workers resuming their jobs in UAE and to chalk out a plan to send back the workers who returned to India due to the pandemic. It is believed that the Indian workers shall soon return back and occupy their jobs as well as those of the Pakistanis, which shall accelerate the inflow of Indian workers to the UEA. India as well as Pakistan, both the countries are keenly observing the visit and are watchful of its outcomes.