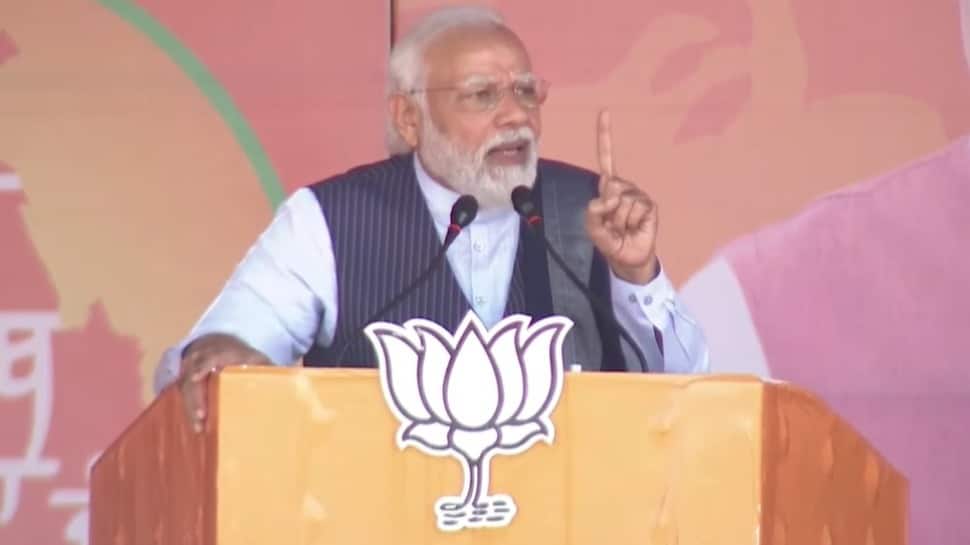 New Delhi: Prime Minister Narendra Modi addressed a rally in Pathankot on Wednesday (February 16, 2022) and asked people to establish Bharatiya Janata Party (BJP) in Punjab and give farewell to Congress.

He attacked the grand old party and said that wherever the BJP established itself, the “remote control family” from Delhi was wiped out.

“Wherever BJP established itself, the remote control family (Congress) from Delhi was wiped out. Wherever there is peace, appeasement has been given a farewell, the same farewell has to be given in Punjab also,” he said.

Speaking at a rally in Pathankot in Punjab. Watch. https://t.co/O3mIaBWvfc