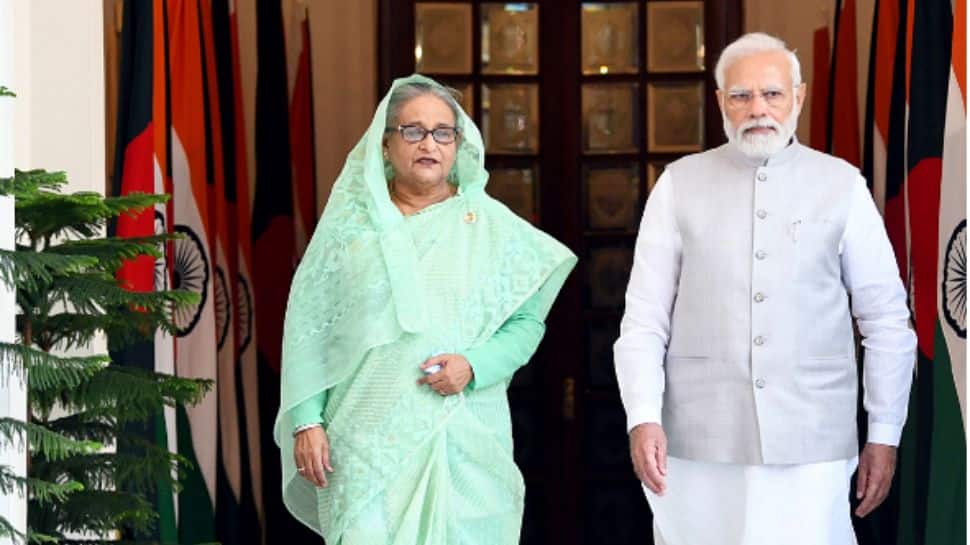 New Delhi: Prime Minister Narendra Modi on Tuesday said India and Bangladesh should jointly face terrorist and fundamentalist forces that threaten to attack mutual trust between the two countries. Modi made these remarks after bilateral talks with visiting Bangladesh Prime Minister Sheikh Hasina, who made a strong pitch for an early conclusion of the Teesta water sharing agreement.


“Today we also stressed on cooperation against terrorism and fundamentalism. To keep the spirit of 1971 alive, it is also very necessary that we face such forces together, who want to attack our mutual trust,” Modi said.

Also Read: ‘India can do a lot to help Bangladesh cope with issue of Rohingya refugees’: PM Sheikh Hasina


India and Bangladesh signed seven agreements after the talks between Modi and Hasina, including one on sharing of waters of the Kushiyara river which is expected to benefit the regions of southern Assam and Bangladesh’s Sylhet region.


Modi noted that 54 rivers pass through the borders of India and Bangladesh and are linked to the livelihoods of the people of both countries for centuries.


“I recall that the two countries have resolved many issues in the spirit of friendship and cooperation. We hope that all outstanding issues, including Teesta water sharing agreement, will be concluded as an early date,” Hasina said at a joint media interaction at the Hyderabad House here.