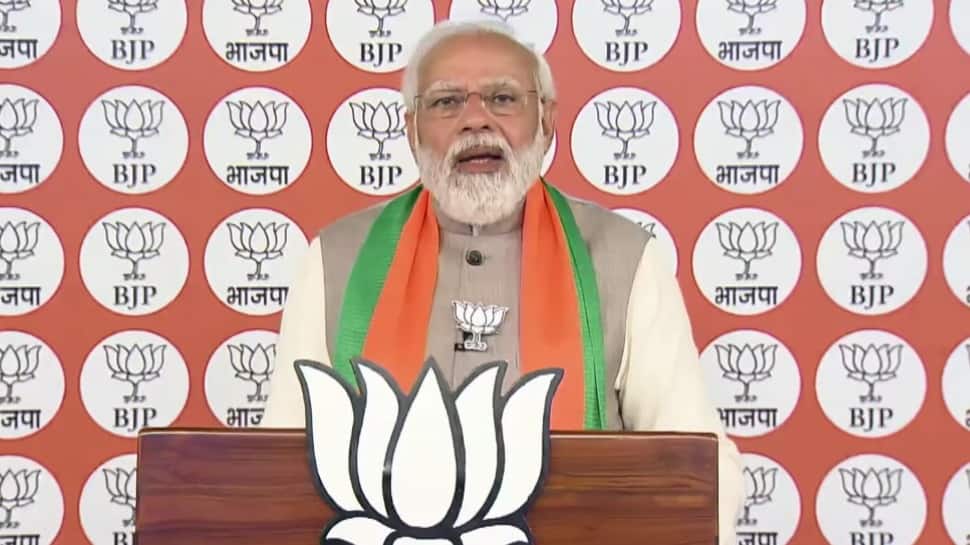 Addressing his first virtual poll rally after the announcement of dates for the assembly elections in the state, PM Modi said that the Yogi government has served the citizens of Uttar Pradesh with full sincerity.

Jan Chaupal with the people of UP. https://t.co/2TkoWDXFaS

He also commented on the law and order situation during the previous Akhilesh Yadav-led Samajwadi Party government and said, “Five years ago, ‘dabang’ (muscle men) and ‘dangai’ (rioters) were the law unto themselves. Their saying was the government order. Traders were looted and daughters could not come out of their homes in that period.”

“The people of western UP can never forget that when this area was burning during the riots, the previous government was celebrating,” the Prime Minister stated.

He also said that those who don’t believe in India’s own Covid-19 vaccine and fuel rumours, can they respect the talent of Uttar Pradesh’s youth.

“Five years ago – there was an illegal occupation on houses, lands and shops of the poor. The news of the exodus of people used to come every day,” PM Modi said and added that in the last five years, the Yogi government has brought Uttar Pradesh out of these situations.

Uttar Pradesh will go to the polls in seven phases between February 10 and March 7. The counting of votes will take place on March 10.