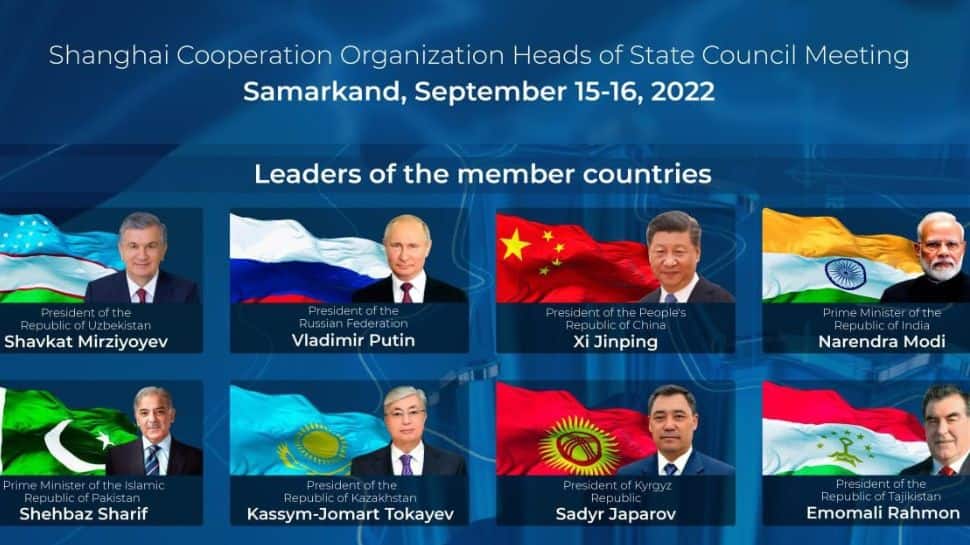 New Delhi: All eight leaders of the Shanghai cooperation organization (SCO) will be attending the summit next week in person in Uzbekistan’s cultural capital Samarkand. The Press Secretary of Uzbekistan’s President, Sherzod Asadov in a Facebook post said that this will be the first in-person meeting of the SCO leaders since 2019 and will conclude the doubly landlocked central Asian country’s chairmanship of the organization. In a picture posted along with the message, he listed out the name of all 8 leaders of the member states who will attend the summit in the country from September 15th to 16th.


The summit is happening at a time of global geopolitical changes, including the Russia-Ukraine conflict and Taiwan strait crisis and provides ample opportunities for the leaders to also hold bilateral talks. It is not known right now if PM Modi and Chinese President Xi Jinping will hold talks or not but ahead of the summit announced the start of disengagement at Gogra-Hotsprings PP15 that is expected to be concluded by Monday, 12th September.

The Ministry of external affairs said, “It has been agreed that all temporary structures and other allied infrastructure created in the area by both sides will be dismantled and mutually verified. The landforms in the area will be restored to the pre-stand-off period by both sides.”


India is expected to raise issues like Afghanistan, counter-terror, connectivity, and trade at the summit but a key outcome will be handing over the presidency of the grouping. Under its presidency, India will host the SCO summit next year.