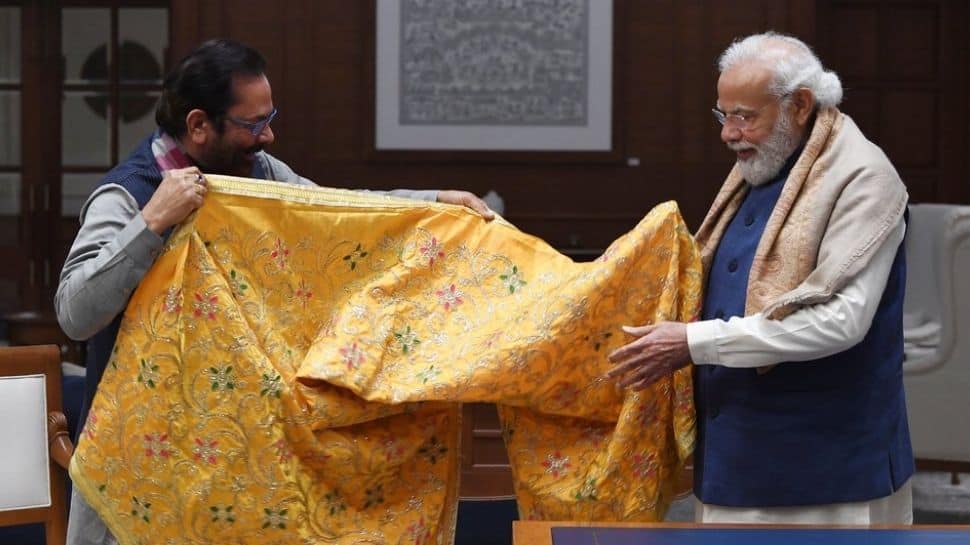 PM Modi tweeted, “Presented the Chadar which shall be offered at the Ajmer Sharif Dargah on the Urs of Khwaja Moinuddin Chishti.” The Prime Minister also shared a picture where he is seen holding the ‘chadar’ along with the Minister.

Presented the Chadar which shall be offered at the Ajmer Sharif Dargah on the Urs of Khwaja Moinuddin Chishti. pic.twitter.com/SJhObXNhRA

Ajmer Sharif Dargah is a holy Sufi shrine in Rajasthan’s Ajmer that is visited by a large number of devotees irrespective of caste, creed and religion, every year.

While the first phase of assembly polls is on February 10, the second and third phases are on February 14 and 20. Most of the western UP constituencies would go for polls in the first three phases.