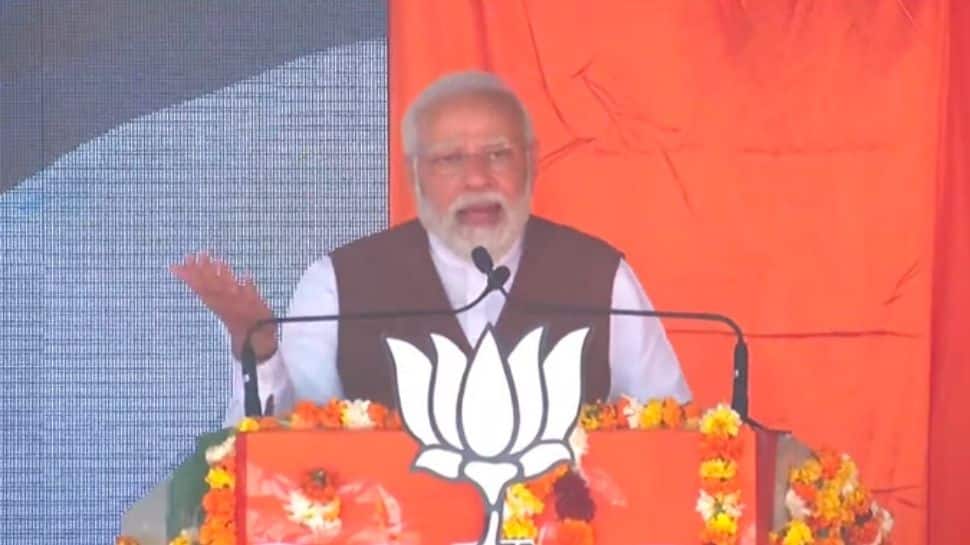 New Delhi: Ahead of the assembly polls in Punjab, which will be held on February 20, Prime Minister Narendra Modi on Thursday (February 17, 2022) addressed a rally in Abohar town in Fazilka district of Punjab.

While addressing the rally, PM Modi hit out at Congress and said, “History is witness that Congress always betrayed farmers. There was long pending demand to implement recommendations of Swaminathan Commission. They sat on those files but kept lying. When we formed our Govt at the Centre, we implemented those recommendations.”

“Double engine government in Punjab means- fastest development of the state in this decade. Sand mafia, drug mafias will vanish from the state and industries will touch new heights, and new opportunities for employment, self-employment for the youth of Punjab,” said PM Narendra Modi in Abohar.

A day before the rally, the Fazilka administration has declared the airspace under its jurisdiction a no-fly zone for Thursday.

Additionally, the rally comes a day after PM Modi hit out at the Aam Aadmi Party. While addressing a gathering in Punjab, the prime minister said AAP is a photocopy of the Congress and accused both parties of opposing the Ram Temple in Ayodhya and questioning the bravery of soldiers.

“One looted Punjab while the other is doing scams in Delhi one after the other. Ye ek hee thaali ke chatte batte hain. Now these two parties are doing noora kushtie (fixed fight)” in Punjab, like WWE,” PM Modi said on Wednesday.