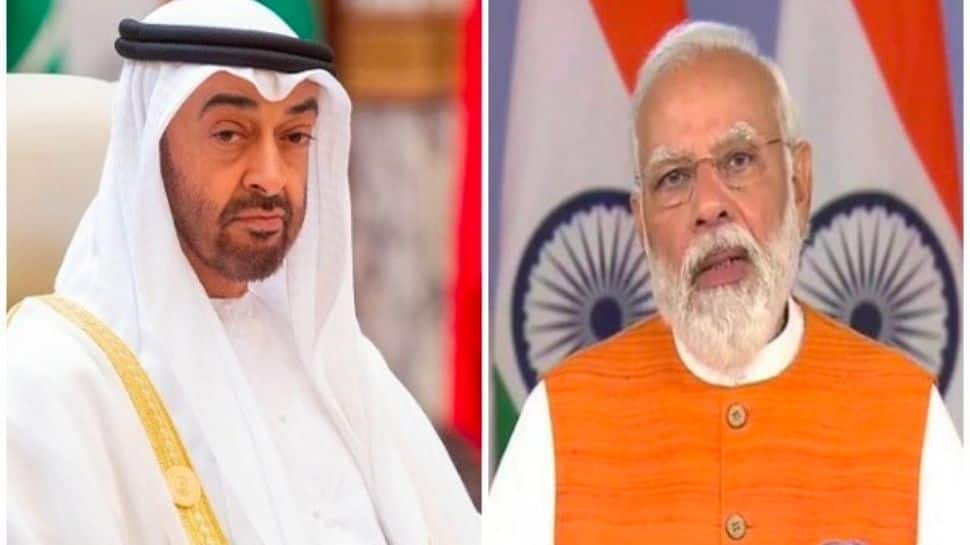 According to the Ministry of External Affairs (MEA), both leaders are expected to lay out their vision of the historic and friendly relations between the two countries, at a time when India is celebrating 75 years of its Independence as Azadi Ka Amrit Mahotsav and UAE is commemorating the 50th anniversary of its foundation.

Bilateral relations between India and the UAE, in recent years, have strengthened in all areas. In the past few years, both sides have embarked upon a comprehensive strategic partnership.

PM Modi visited UAE in 2015, 2018, and 2019 while the Crown Prince of Abu Dhabi visited India in 2016 and 2017. Ministerial visits between the two sides have also continued, including three visits of External Affairs Minister and a visit of Commerce and Industry Minister, to UAE in 2021.

Both sides have collaborated closely during the Covid-19 pandemic in critical areas of healthcare and food security. Bilateral trade, investment, and energy relations have remained robust.

India and the UAE are also strengthening their cooperation in new areas of renewable energy, startups, fintech, etc. India is participating with one of the largest pavilions in the Dubai Expo 2020.

A major initiative in bilateral relations is the Comprehensive Economic Partnership Agreement (CEPA). Negotiations for CEPA were launched in September 2021 and have been completed, the MEA said in a press release.

The Agreement will take India-UAE`s economic and commercial engagement to the next level. UAE is India`s third-largest trade partner, and bilateral trade and investment ties are expected to see significant enhancements.

UAE leadership has also been appreciative of the contribution of the Indian community in its development.

Both sides had agreed on an “Air Bubble Arrangement” in 2020 during the pandemic which has enabled the movement of people between the two countries despite the challenges posed by Covid-19.