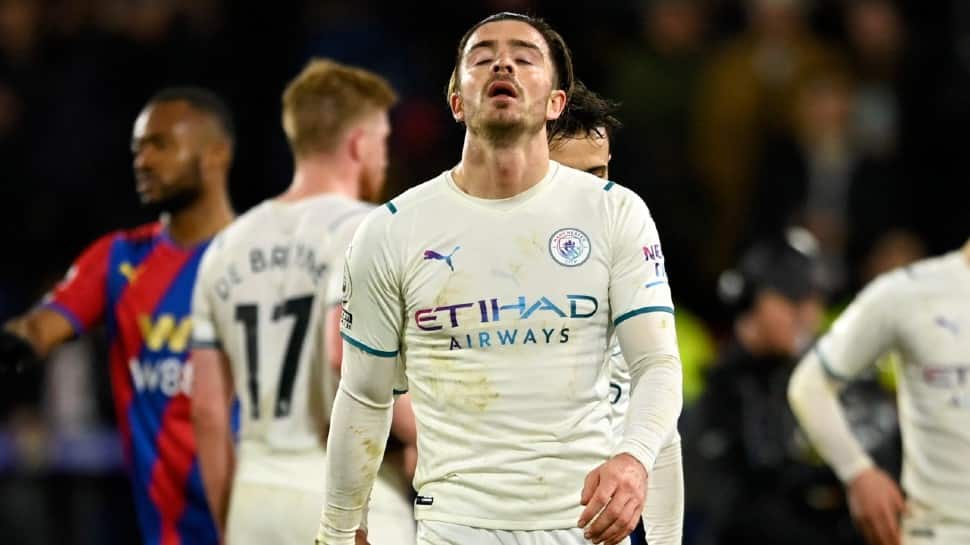 Leaders Manchester City were held to a 0-0 draw at Crystal Palace on Monday as the Premier League title race took yet another dramatic twist. With nearest challengers Liverpool having cut the gap to three points with their victory at Brighton & Hove Albion on Saturday, their eighth successive league win to remain in City’s rear-view mirror, the onus was the champions to respond.

City dominated in the first half at Selhurst Park, but could not find a breakthrough. The post was rattled in the opening period by Joao Cancelo and again after the break by Kevin De Bruyne as the visitors were left frustrated time and again.

Pep Guardiola’s men threw everything at Palace late on, but could not find a winner as they dropped two valuable points in their quest to make it four league titles in the last five seasons. The stalemate means Liverpool can close to within one point of City if they win their game in hand against Arsenal on Wednesday, raising expectations the title race will go right to the wire.

Crystal Palace are just the second team to stop Pep Guardiola’s Man City side from scoring both home and away in a #PL season, after Man Utd in 2020/21 #CRYMCI pic.twitter.com/EvrlrjTxNz

“Luck doesn’t exist in football,” Guardiola told the BBC. “We have to score goals and we didn’t do it. We played to score goals and concede few. We struggled a little bit. The team that was there today was there before and will be there in the next game. I am very pleased with the performance and the way we played.”

City soon settled into their rhythm and dominated possession as they often do in South London, creating several promising early openings – Bernardo Silva missing the most glaring of them. Defender Aymeric Laporte also seemed to have left his shooting boots at home as he blazed over with the goal at his mercy, reacting first to the rebound after Cancelo’s long-range shot had come out off the post.

Palace looked a danger on the break, with Wilfried Zaha firing wide from a good position, but otherwise it was one-way traffic, with City having 14 first-half efforts at goal. The last side to stop City scoring in the Premier League was Palace in October, and another shutout was looking more likely as chances continued to come and go for City.

De Bruyne’s arrowing second-half strike seemed destined for the bottom corner but came out off the upright, with Mahrez denied by a brilliant stop from Palace goalkeeper Vicente Guaita from the rebound. Silva almost got on the end of a fizzing low cross but arrived a fraction too late, with City putting a bit too much on passes, or taking an extra touch at key moments.

Palace dug in and held on as they stretched their unbeaten run to five games in all competitions to stay 11th, but it is those watching on Merseyside who will have celebrated this result more than anyone else. “When you play against City you have to concede chances,” Palace manager Patrick Vieira told the BBC. “It’s all about having your luck on the day but also putting in a shift as a team. We did that today. We fought for the luck and we got a point. We’re happy with the performance.”