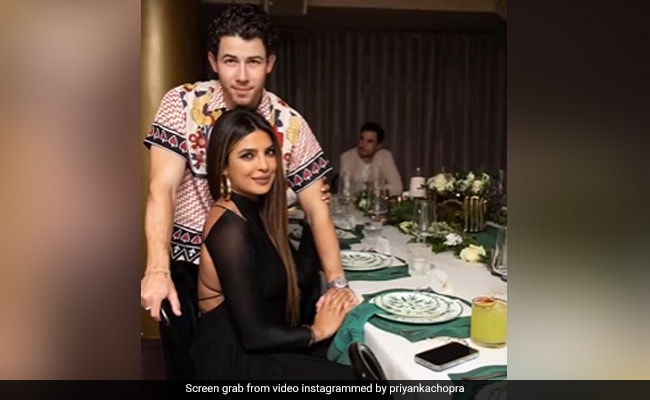 Priyanka and Nick in a still from the video. (courtesy priyankachopra)

Priyanka Chopra, who is in New York for work, managed to take some time out of her busy schedule and she visited her restaurant Sona along with husband Nick Jonas. Priyanka Chopra also dined with a couple of friends, including her manager Anjula Acharia, And Just Like That star Sarita Choudhury, Nobel Prize laureate Malala Yousafzai to name a few. Priyanka Chopra shared a video from her dinner with friends. In one the pictures, she can be seen posing with husband Nick Jonas. In another one, Priyanka can be seen eating a golgappa. She looked stunning in a black OOTD. “A NYC night out with some of my favorites,” she simply captioned the post.

Priyanka Chopra, who was last seen in Matrix 4, will next be seen in Russo Brothers’ Citadel, which will be the actress’ second project with Amazon Prime Video after announcing the Sangeet Project, a sangeet-themed dance reality show, which she will host with Nick Jonas.