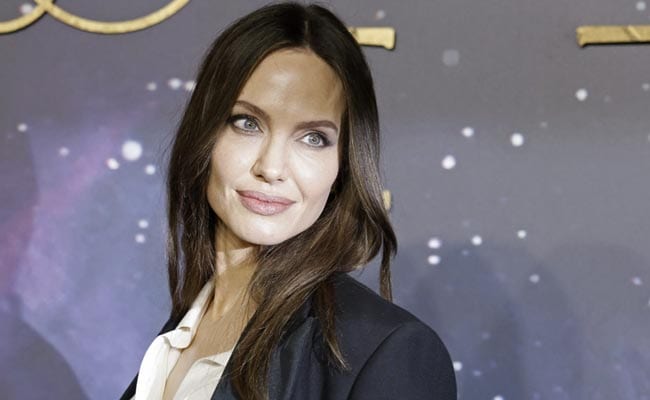 Hollywood star Angelina Jolie says she is proud of Marvel Studios for not making any edits in Eternals in order to obtain distribution certificates in countries like Saudi Arabia, Oman and Qatar, reported news agency PTI. Oscar winner Chloe Zhao’s directorial venture Eternals, which opened in Indian theatres on Friday, was due to come out in Saudi Arabia, Qatar, Kuwait, Bahrain, Egypt, Jordan, Lebanon and Oman on November 11, but to clear the film for the theatrical viewing the censors there had asked the Disney-owned company to remove same-sex intimate scenes between the characters of Phastos and Haaz Sleiman.

Angelina Jolie, who plays the immortal Thena in the film, said she feels sad for the audiences of the countries where the film won’t be releasing due to censor issues.

“I’m sad for them. And I’m proud of Marvel for refusing to cut those scenes out. And I still don’t understand how we live in a world today where someone would not see the family that Phastos has, and the beauty of that relationship and that love… How anybody is angry about it, threatened by it, doesn’t approve or appreciate it is ignorant,” Angelina Jolie said in a Zoom roundtable interview.

Eternals centres on the titular group, who has been living on earth for the past 7,000 years.

Created by cosmic beings called Celestials, the Eternals have been sent to earth to safeguard the planet from their evil counterparts Deviants.

The director had also spoken about having a word with the Marvel Studios on not censoring any scenes in the film.

“I don’t know all the details, but I do believe discussions were had and there’s a big desire from Marvel and myself – we talked about this – to not change the cut of the movie. Fingers crossed,” Chloe Zhao told IndieWire.