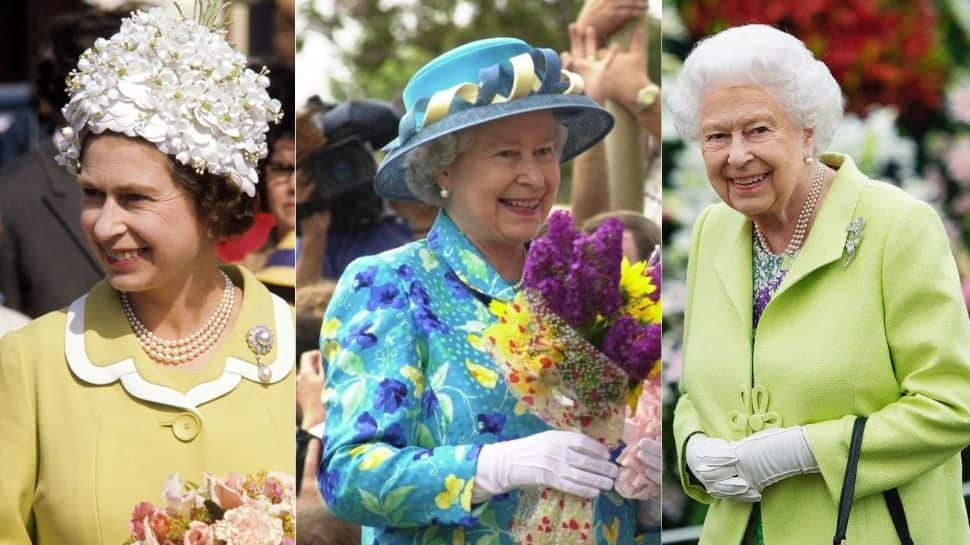 Queen Elizabeth II death: Queen Elizabeth II died at Balmore Castle in Scotland on September 8 at the age of 96. The longest-serving monarch of the UK was born on April 21, 1926. She was the oldest child of the Duke and Duchess of York – who later became King George VI – and Queen Elizabeth. Her Majesty’s extraordinary life and reign, from a young girl who did not expect to be Queen, to an iconic and celebrated figure who has ruled for more than 70 years came to an end on Thursday. Elizabeth II, died peacefully at Balmoral castle aged 96, the royal family said in a statement.


Queen Elizabeth has had a distinct taste when it came to fashion. In the later half of her life, we remember her donning bright dresses with matching hats and shoes.

The queen also had a fascination for brooches, which were all heirloom pieces. Sharing the pictures of her brooches, the official Instagram handle @theroyalfamily wrote,”Each represents a nation of the UK; rose for England, sprays of daffodils for Wales, thistles for Scotland and a sprig of shamrock for Northern Ireland, – emblems that also adorned Her Majesty’s Coronation Dress, which is also on display at the Castle.”


Layered pearl necklace was another favourite of the queen. During a visit to the Isle of Man in 1972, the Queen wore a layered pearl neckpiece with her mustard yellow coat dress and floral hat.


Some months back, at a special parade at the Palace of Holyroodhouse, The Queen, was seen flaunting a layered pearl neckpiece again. She paired a powdered blue knitted dress with a knitted matchig hat. Floral coats, dresses, flowe in brooches, flower in hats – the queen has inclucated the flowers in her style file, over the years.


With the death of Queen Elizabeth II, an era has come to an end. Her coffin is expected to lie in state where hundreds of thousands of people are expected to converge on London to visit her and pay their respects, and condolence books will be opened online. The State Funeral is expected at Westminster Abbey in London.