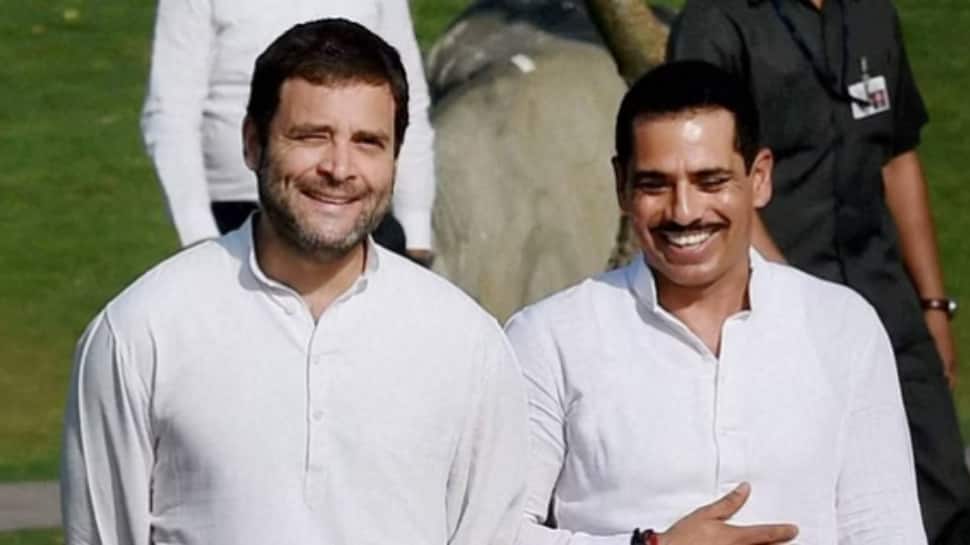 Shirdi: The country will witness a change due to Rahul Gandhi’s ‘Bharat Jodo Yatra’ as thousands of people are getting connected to it and are seeing him as the hope for the future, the Congress leader’s brother-in-law and businessman Robert Vadra said here on Sunday. Vadra, who was in Shirdi town of Maharashtra’s Ahmednagar district to offer prayers at the famous Saibaba temple, also said that Rahul Gandhi’s thinking is similar to that of the spiritual leader’s (Saibaba) who preached unity, though he did not elaborate.


On the ongoing ‘Bharat Jodo Yatra’, he said, “Rahul Gandhi is visiting a number of places and meeting thousands of people. These people are joining him in large numbers. Change will come in the future as Rahul Gandhi is the new hope for people.”

“The government (led by Bharatiya Janata Party at the Centre) will talk about our failures. They will make fun of the party (Congress), but Rahul, Priyanka (Gandhi Vadra) will not stop. We are among the people together and will work unitedly for them,” he added.


The Gandhi family was receiving immense love from people, he said, adding that the newly-elected Congress president (Mallikarjun Kharge) will strive to help the masses. Sounding a warning to those thinking of quitting the grand old party, he said, “Those who want to leave can leave, but those who will stay will understand the sacrifice made by Sonia Gandhi and efforts of Rahul and Priyanka”.


Expressing happiness at being able to pray at the temple here, Vadra said that Saibaba has given the message of unity. “Currently our country is facing a lot of distress. Rahul Gandhi’s thinking is similar to that of Saibaba’s. Hope he gets (the saint’s) blessings.”