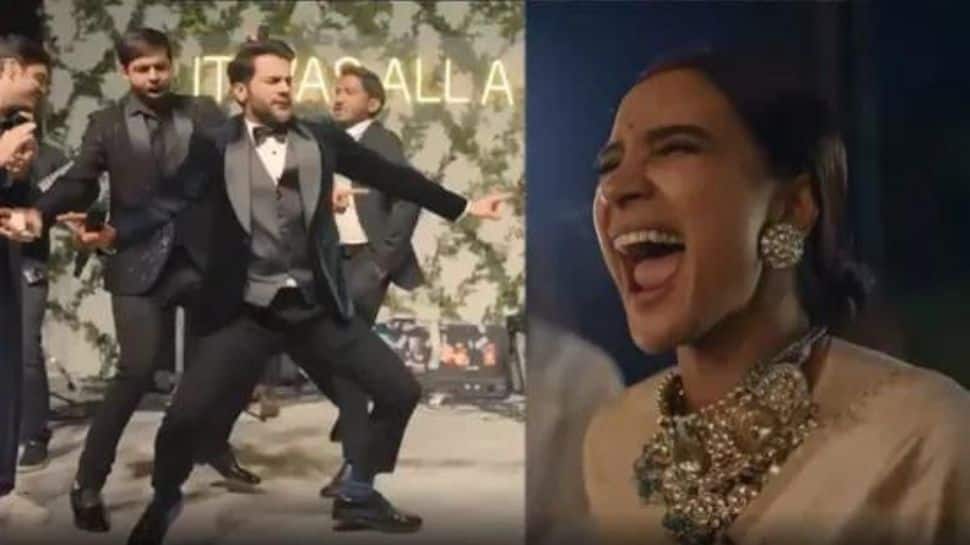 NEW DELHI: Rajkummar Rao and Patralekhaa’s wedding was one of the best sweet surprises which we witnessed in 2021.

The wedding took place on November 15 in Chandigarh in the presence of selected family and friends. While the world is still drooling over their dreamy wedding pictures, Rajkummar has stunned his fans with his new video in which he can be seen singing for his ladylove.

During his wedding reception, Rajkummar was seen singing Maeri on stage and his bride Patralekhaa cheered for him with other guests.

Clad in a black tuxedo, Rajkummar looked dapper while Patralekhaa opted for a white silk saree and heavy jewellery and vermilion on her forehead.

In the candid video, Rao was joined on stage by a bunch of his closed friends from the industry including – actor Abhishek Banerjee, singer Tushar Joshi among others. All the group mates sang the Maeri song together along with the band and later in the end of the video, Rajkummar was seen doing bhangra like no one’s watching.

The video has gone viral on social media and has been extremely loved by the fans as they watch their favourite star dancing and singing his heart out during his reception.

Throughout the video, Patralekhaa was seen beaming with joy and cheering her hubby for his extra-ordinary performance.