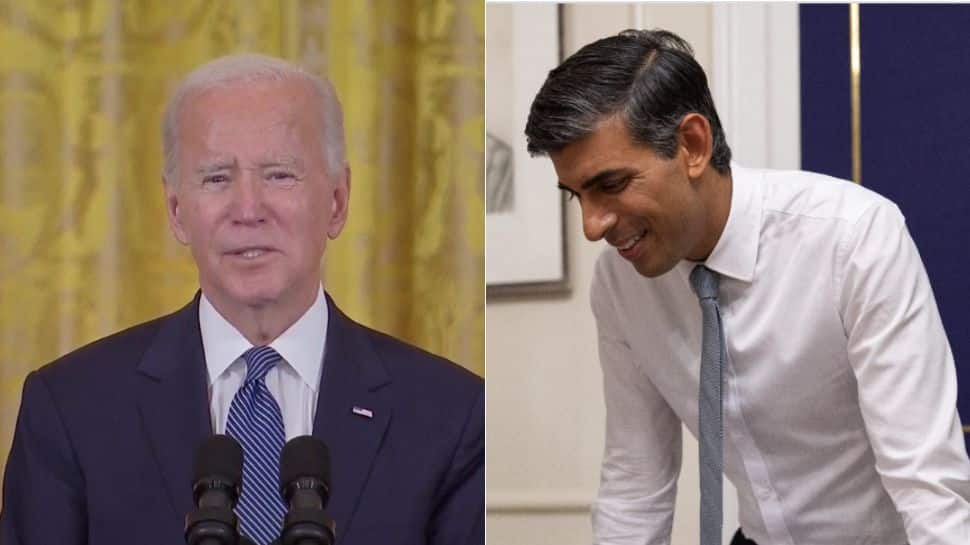 Washington: Social media was abuzz with memes and reactions after septuagenarian US President Joe Biden mispronounced the name of newly-appointed British Prime Minister Rishi Sunak during a Diwali reception he hosted at the White House. At the reception on Monday, Biden took the opportunity to congratulate Prime Minister Sunak on his ‘groundbreaking achievement’ of becoming the first Asian premier of the UK. He, however, mispronounced Sunak’s name to his mainly Indian-American audience, adding a ‘d’ to the end of Rishi’s first name and rhyming his surname with a Chinook helicopter.

“We’ve got news that Rasheed Sanook is now the prime minister,” Biden, 79, said.

Soon after his video went viral and people started reacting on social media.


“Watch: Biden butchers Sunak’s name,” The Spectator’s gossip columnist wrote in a headline with a brief description of the incident.


On Twitter, a user wrote, “Biden says it’s a groundbreaking milestone that “Rasheed Sanook” has become The UK Prime Minister. So groundbreaking he couldn’t be bothered to learn his name.”


Jamie Bryson, who describes himself as Unionist activist, writer & commentator and has thousands of followers, said in a tweet that “US President Biden- who is never done pontificating about the UK’s internal affairs- thinks our Prime Minister is called Rasheed Sanook. I think that tells you all you need to know about how seriously we should treat the bumbling Biden contributions about Northern Ireland.”

Dear President Biden, why does it shock you so much that Asian Prime Minister would dare be a conservative? pic.twitter.com/DgXso8bfqG
— Darren Grimes (@darrengrimes_) October 25, 2022

Some Twitter users posted photoshop pictures of Sunak in the traditional Arab attire alongside Biden’s comment and wrote “Rasheed Sanook”. Biden is the oldest person ever to occupy the White House.