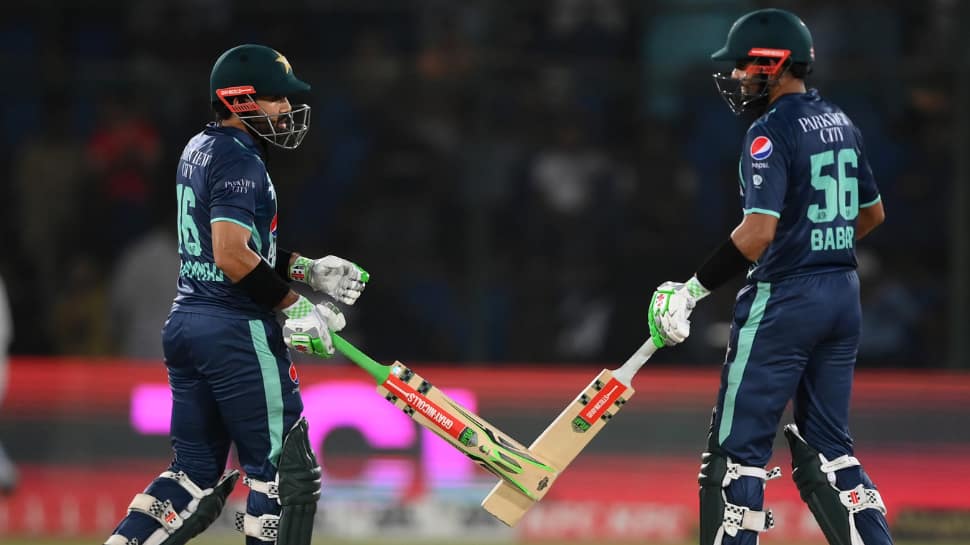 Babar Azam and Mohammad Rizwan were a sight to behold on Thursday night as their dominant opening partnership helped Pakistan thrash England in the 2nd T20I by 10 wickets to level the seven-match series 1-1. Pakistan captain Babar Azam himself slammed a hundred off just 62 balls to smash many records. This was his 2nd T20I hundred and it came off after a dry run in Asia Cup 2022. Rizwan too showed his class with an unbeaten 88 off 51 balls that included 5 fours and 6 sixes respectively. On the other hand, Babar Azam smashed 110 off 66 balls that included 11 fours and 5 sixes respectively.


Take a look at fans reactions to Babar Azam and Mohammad Rizwan’ knocks.

This was the highest run chase in ALL T20 cricket without losing a wicket. The previous highest in international T20s was 169 by New Zealand vs Pakistan in 2016. In all T20s, the previous highest was 184 for Kolkota Knight Riders vs Gujrat Lions in 2017. Remarkable. #PAKvENG
— Aatif Nawaz (@AatifNawaz) September 22, 2022

The two best batters in the world have lighted up the stage once again. @babarazam258 the superstar! @iMRizwanPak was no less. What a feast! __

Babar Azam’s coming in form is good for Pakistan

keep it up captain __

200-0. This is unreal. The best in the sport on the field together. We are in the presence of royalty.#PakvsEng2022 #BabarAzam#PAKvENG pic.twitter.com/Zg7KZVk9me
— Cricket insect (@000insect) September 22, 2022

What a way to finish the game! This will go down as a memorable chase for @babarazam258 and @iMRizwanPak but also all of us as a nation. You can’t stay down for long when you’re the best.__ #PAKvsEng pic.twitter.com/WGt6ON2kej
— Shahid Afridi (@SAfridiOfficial) September 22, 2022