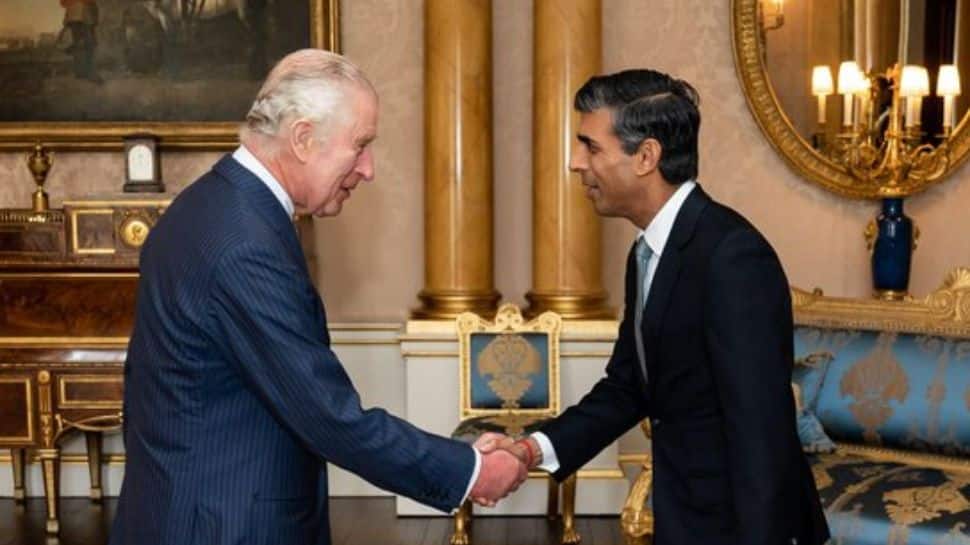 London: Indian-origin Rishi Sunak was officially appointed as UK Prime Minister by King Charles III on Tuesday (Oct 25). He then headed to 10 Downing Street to give his first speech as the country’s first Hindu minority Prime Minister. Sunak has a huge economic and energy challenge ahead of him which his predecessor Liz Truss failed to handle. It was only 6 weeks ago that he had lost the top post to Truss but now the Conservatives party has trusted him to lead the country. In his first address as Prime Minister, Sunak promised to build an economy that makes the most of “Brexit opportunities”. While bidding adieu to Truss, Sunak remained humble and said that he admired her “restlessness to create change” but said she made “mistakes”.

He said, “I want to pay tribute to my predecessor Liz Truss. She wasn’t wrong to want to improve growth in this country. It is a noble aim & I admired her restlessness to create change but some mistakes were made, not born of bad intentions but mistakes nonetheless.”

We will create a future worthy of the sacrifices so many have made and fill tomorrow and every day thereafter with hope: British PM #RishiSunak at 10 Downing Street in London pic.twitter.com/za5cTtIAnu
— ANI (@ANI) October 25, 2022

Sunak listed three core principles of his government: integrity, professionalism, and accountability. He said that he was eager to earn the trust of British citizens. After the previous leadership failures in Britain, there is great distrust in politicians among common citizens.


But I promise you this I will bring that same compassion to the challenges we face today. The Govt I lead will not leave the next generation, your children & grandchildren with a debt to settle that we were too weak to pay ourselves: British PM #RishiSunak at 10 Downing Street pic.twitter.com/hTLCO8pLOT

Rishi Sunak succeeded Liz Truss as PM after she resigned over the huge failure of her economic policies. Ex-UK PM Boris Johnson who was thought to have returned to the UK from his vacation decided to back out of the race. Sunak was the contender with the most support from Tory leaders and won the PM race. His win was celebrated as a huge day for the representation of minorities in leadership positions. Many global leaders lauded the fact that an Indian-origin leader was leading Britain — a colonizer in the past.