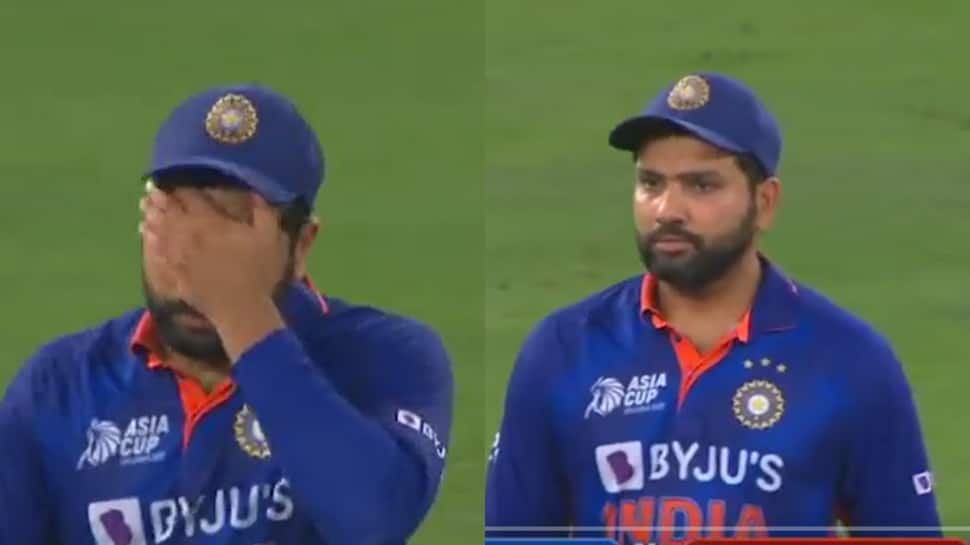 Team India have won both their matches in Asia Cup 2022 so far. The Rohit Sharma-led side beat Pakistan by 5 wckets to kickstart their campaign in style on Sunday (August 28). They returned to Dubai International Stadium on Wednesday (August 31) to beat Hong Kong by 40 runs. Team India became the 2nd team to qualify for Super 4s after Afghanistan and may play arch-rivals Pakistan again on September 4 only if Men in Green beat Hong Kong tomorrow on September 2 (Friday).

One of the worries for Team India is the form of their captain Rohit Sharma who has not scored big runs in some time. If former Pakistan captain Mohammad Hafeez is to be believed Rohit is under extreme pressure of captaincy and it is reflecting in his body language on the field. Hafeez called Rohit nervous and weak in the Hong Kong clash. He said that this is not the Rohit of old who used to score runs confidently.


“Did you see Rohit Sharma’s expressions after the match. His team won by 40 runs. Rohit looked weak to me when he came in for the toss. He looked nervous and confused. He is not looking like thr Rohit Sharma of old who plays brilliant innings. He looks to be a captain under extreme pressure. He is facing many problems right now including his own form. It is on the decline,” said Hafeez on PTV Sports.

“He did not score in IPL and he is not playing with the same flow he used to play. You can talk about a new brand of cricket, positive cricket etc but it is not reflecting in his body language.”

Hafeez added that if Rohit is uable to score as captain then he may not continue as skipper for a long time.


“In my view, Rohit will not be captain for Team India in long run. The way he is struggling with form, I know as captain that pressures are extreme. Rohit is not enjoying himself,” he further said.