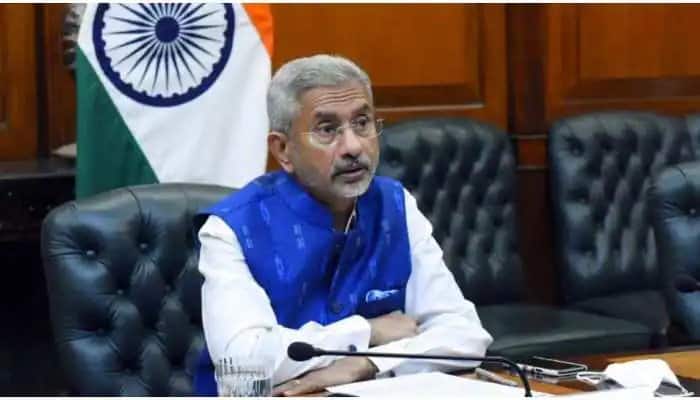 New Delhi: Russia and India stand for the formation of a “more just” and “polycentric” world order and both sides demonstrated the proximity of positions on the most pressing issues, Moscow said on Monday, a day ahead of talks between the foreign ministers of the two countries. External Affairs Minister S Jaishankar begins a two-day visit to Russia this evening amid growing global concerns over increasing hostilities between Russia and Ukraine.


In a statement, the Russian foreign ministry said Jaishankar and Foreign Minister Sergey Lavrov, in their talks, will focus on trade and investment, use of national currencies for trade, “promising projects” in the energy sector and the formation of a security architecture in the Asia-Pacific region. “Russia and India stand for the active formation of a more just and equal polycentric world order, and proceed from the inadmissibility of promoting the imperialist diktat on the global arena,” it said.


“Both countries demonstrate the proximity of positions on the most pressing issues and stand for the adherence to the universally recognised norms of international law, enshrined in the UN Charter,” the ministry said. It further added: “We are aimed at promoting a unifying agenda and building a constructive dialogue in the field of interstate relations.” The Russian foreign ministry said Jaishankar and Lavrov will also discuss ways to further “advance joint work” in the key areas and compare notes on upcoming contacts.

“The talks will focus on trade and investments, transport and logistics, the use of national currencies in mutual settlements, as well as promising projects in the energy sector, especially in the Arctic shelf and the Russian Far East,” it said.


The ministry said the two ministers will exchange assessments of the current international issues with an emphasis on interaction within the UN, Shanghai Cooperation Organisation (SCO), G20 and the Russia-India-China trilateral.


“The ministers will also discuss India’s presidency in the SCO, efforts to fight terrorism, as well as a number of the regional issues, including the formation of a security architecture in the Asia-Pacific region, the situation around the Iranian nuclear problem, state of affairs in Afghanistan, Syria, and Ukraine,” it said.


Announcing Jaishankar’s visit to Moscow last week, the Ministry of External Affairs (MEA) said issues pertaining to bilateral economic cooperation in various domains will be discussed. Jaishankar will also hold talks with Russian Deputy Prime Minister and Minister of Trade and Industry Denis Manturov. In the last few months, India has increased the import of discounted crude oil from Russia notwithstanding increasing disquiet over it by several Western powers.

Jaishankar and Lavrov have already met four times after the Ukraine conflict began in February. Since the Ukraine conflict began, Prime Minister Narendra Modi spoke to Russian President Vladimir Putin as well as Ukrainian President Volodymyr Zelenskyy a number of times. In a phone conversation with Zelenskyy on October 4, Modi said that there can be “no military solution” and that India is ready to contribute to any peace efforts.


At a bilateral meeting with Putin in the Uzbek city of Samarkand on September 16, Modi told him that “today’s era is not of war”. India has not yet condemned the Russian invasion of Ukraine and it has been maintaining that the crisis must be resolved through diplomacy and dialogue.