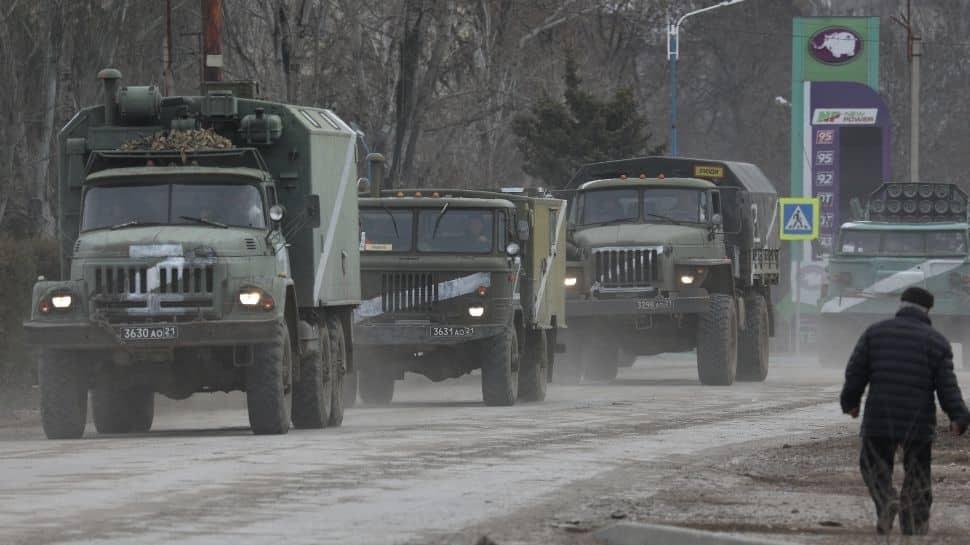 New Delhi: As Russia launched an attack on Ukraine on Thursday (February 24), the world went into a tizzy. With almost 20,000 nationals stuck in Ukraine, India is monitoring the situation closely while planning evacuations of its citizens. Prime Minister Narendra Modi chaired a meeting of the Cabinet Committee on Security on Thursday. Sources said Modi is also likely to speak with Russian President Vladimir Putin.

Besides Modi, Defence Minister Rajnath Singh, Finance Minister Nirmala Sitharaman, Home minister Amit Shah and External Affairs Minister S Jaishankar were seen in a video of the meeting shared by official sources. Union ministers Piyush Goyal and Hardeep Singh Puri who are not part of the Cabinet Committee on Security (CCS) were in the meeting. National Security Advisor Ajit Doval and P K Mishra, the principal secretary to the prime minister, also attended the meeting.

Here are some of the key topics of discussion:

–  Amid fears of rising crude oil prices, plan B being discussed

– Commerce Minister will give a briefing on business-related matters

Russian President Vladimir Putin, who cast aside international condemnation and sanctions and announced the launch of the military offensive against Ukraine on Thursday, also warned other countries that any attempt to interfere would lead to consequences they had “never seen”.

Currently, around 20,000 Indians, mostly students, are stuck in Ukraine. “Team from Embassy of India in Hungary has been despatched to the border post Zohanyi to coordinate and provide assistance to facilitate exit of Indians from Ukraine. Mission is working with Govt of Hungary to provide all possible assistance,” the Indian embassy in Hungary tweeted. It said the government of India is closely monitoring the situation and “evacuation plans are being worked out”.