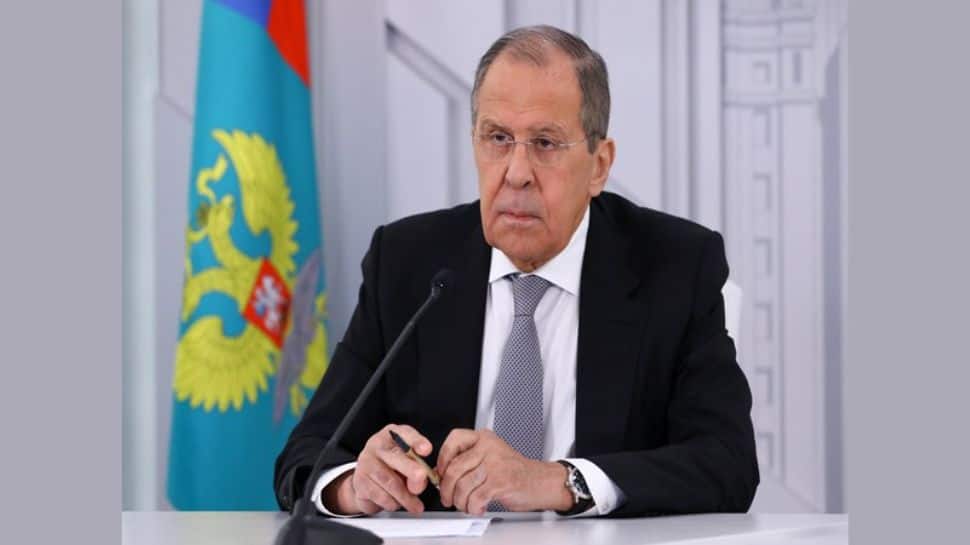 New Delhi: Russian Foreign Minister Sergey Lavrov was taken to the hospital following his arrival in Bali for the Group of 20 summit, according to multiple Indonesian authorities on Monday. Russia’s top diplomat arrived on the resort island the night before the meeting, which starts on Tuesday. Later, Russian Foreign Ministry spokesperson Maria Zakharova denied Lavrov was hospitalised but did not say whether he received treatment. She shared a video of Lavrov, dressed in a T-shirt and shorts, being asked to comment on the treatment report, he said “They’ve been writing about our president for 10 years that he’s fallen ill. It’s a game that is not new in politics.”

According to Russia’s state news agency Tass, Lavrov stated, “I’m in the hotel, reading materials for the summit tomorrow.” Lavrov is the highest-ranking Russian official at the meeting, which also includes US President Joe Biden, China’s Xi Jinping, and other world leaders. The Associated Press was told by four Indonesian government and medical officials that Lavrov was being treated at the Sanglah Hospital in Denpasar, the provincial capital. All of the officials declined to be identified because they were not authorised to speak publicly about the matter.


According to Arab News, Zakharova denied the report, saying, “This, of course, is the height of fakery.” “Western journalists need to be more truthful-they need to write the truth.” Following the news, Bali’s Governor, I Wayan Koster, stated that Lavrov was in good health and had been in the hospital for a check-up, according to Arab News.

Russian Foreign Minister Sergey Lavrov has been taken to the hospital after suffering a health problem following his arrival for the Group of 20 summit in Bali, Indonesian authorities said Monday: The Associated Press pic.twitter.com/83gPdZixBA
— ANI (@ANI) November 14, 2022

Meanwhile, Russian President Vladimir Putin will not attend the Group of 20 (G20) leaders’ summit in Bali next week, according to CNN, citing the Russian embassy in Indonesia. According to Yulia Tomskaya, the embassy’s chief of protocol, Putin is still deciding whether to participate in one of the meetings virtually. Western countries and Ukraine have put pressure on Indonesia, the G20 host, to condemn Moscow’s actions and withdraw its invitation to Putin. Jakarta, on the other hand, has resisted the pressure and has stated its intention to remain neutral.


Earlier this month, US Vice President Joe Biden called for Russia to be kicked out of the G20, according to CNN. Meanwhile, Indonesia has invited Ukraine’s President Volodymyr Zelenskyy as a guest to the summit. Ukraine will not attend the G20 summit if Putin attends, according to Volodymyr Zelenskyy. According to CNN, the Ukrainian president is expected to attend the meetings virtually. Notably, the 17th G20 Heads of State and Government Summit will be held in Bali on November 15-16. The G20 will meet in 2022 under the Indonesian Presidency with the theme ‘Recover Together, Recover Stronger.’

The hospital did not immediately comment. Two of the people said Lavrov had been treated for a heart condition. Russian President Vladimir Putin’s attendance at the G-20 had been uncertain until last week when officials confirmed he would not come and that Russia would be represented by Lavrov instead. The fallout from Russia’s invasion of Ukraine is expected to be among the issues discussed at the two-day G-20 meeting, which brings together officials from countries representing more than 80 per cent of the world’s economic output.