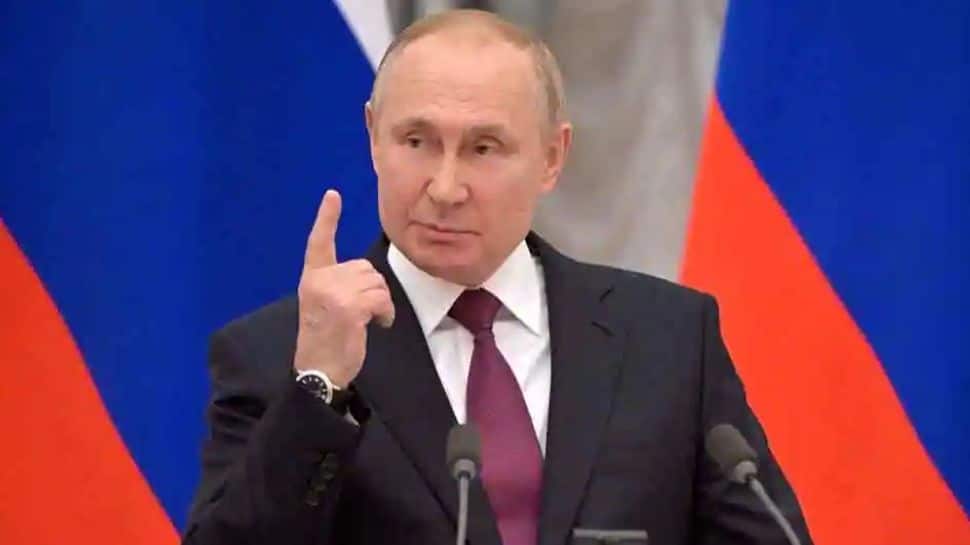 Moscow: Russian President Vladimir Putin on Monday warned of “harsh” reprisals after the Crimea bridge attack on Saturday. In a television appearance on Monday, Putin said Russia had struck military and infrastructure targets across Ukraine following the Crimea bridge blast. Putin threatened further “harsh” responses that correspond “to the level of threat to the Russian Federation, have no doubt about it,” while accusing Kyiv of “terrorism.” In what appears to be the heaviest wave of missile and rocket attacks since the opening week of the war, Kyiv and other Ukrainian cities were rocked by deadly Russian strikes on Monday.


Officials said they targeted critical energy infrastructure and several regions of Ukraine are now suffering power outages. The Kremlin said today that a huge missile salvo across Ukraine launched by its forces was within the framework of what Russia calls its “special military operation” in Ukraine.


Meanwhile, Ukraine has not claimed responsibility for the attack on the Kerch bridge, a key link between the Russian mainland and Crimea. Eleven sites of critical infrastructure have been struck in Kyiv and eight other regions of Ukraine, according to Prime Minister Denys Shmyhal. Some of the regions are experiencing blackouts,” Shmyhal said. “We must be ready for temporary disruptions with power connections and water supply. “A senior Ukrainian military official has said “generations of Russians will answer” for a wave of explosions that struck multiple Ukrainian cities on Monday.”The Russians are shameful losers. Did you intend to scare us?” Andrii Yermak, head of President Zelenskyy`s office, said of the attacks.

“There will be a harsh response to every hit. You will be held responsible for every death and suffering. And not only you. Entire generations of Russians will answer,” Yermak said on Telegram. “We will continue to destroy everyone who comes to Ukraine with weapons. These hits make us even angrier. These hits will only speed up our progress. “We are not afraid. We are only getting angrier and more accurate,” Yermak added.


Powerful explosions rang across Kyiv on Monday morning, leaving multiple people dead. said there is no electricity supply in five regions — Lviv, Poltava, Sumy, Kharkiv and Ternopil — and power supply has been partially disrupted in the rest of the country.