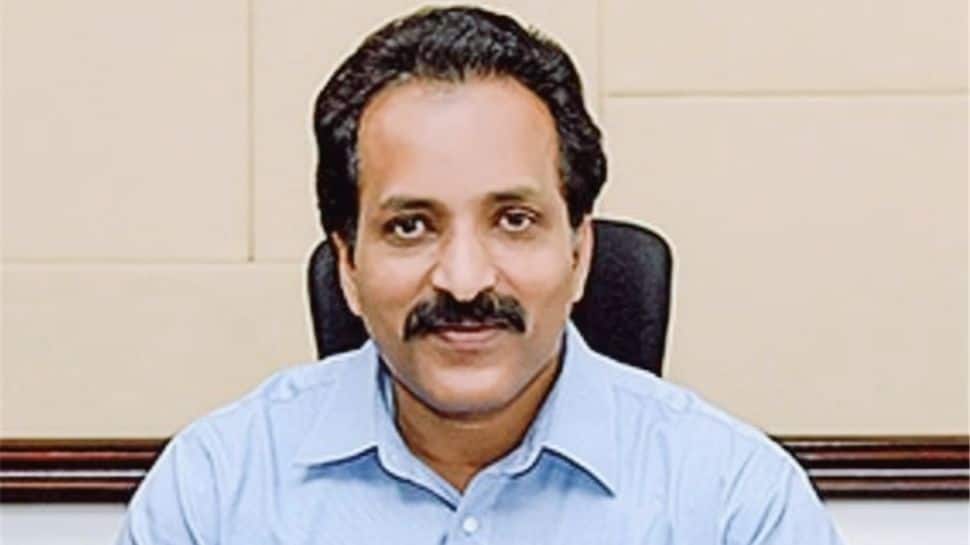 Chennai: Eminent rocket scientist S Somanath will take over as the new Chairman of the Indian Space Research Organisation (ISRO).

Who is S Somanath, the new ISRO chief?

In 1994, a young engineer with the Indian Space Research Organization (ISRO), joined two of his seniors to set right a problem with a live PSLV rocket that stood ready for launch. Towards the final leg of the countdown, an issue was detected in the rocket and the highly-anticipated launch was put on hold. Setting it right was the most dangerous task that anyone could undertake, as the rocket was loaded with nearly 200 tonnes of hazardous fuels and chemical cocktails. Following typical procedure would have meant de-arming the rocket and draining off its fuel, thus delaying the launch. However, within minutes, the problem was set right and the rocket performed exceedingly well, it was a textbook launch and the first-ever successful flight of the PSLV(now regarding India’s workhorse rocket). That young scientist who joined his seniors to undertake that unenviable task is the newly-appointed Chairman of the Indian Space Research Organization & Secretary Department of Space – Dr. S. Somanath.

Hailing from Alappuzha (Alleppey) in Kerala, Dr. S. Somanath had been a science enthusiast right from the time he pursued his schooling, in Malayalam medium. Although a Hindi language teacher, Somanath’s father encouraged the young boy’s passion and aptitude for science, by presenting him science books in both English and Malayalam. Despite Engineering not being an easy option, Somanath chose to pursue a B.tech in Mechanical Engineering, during which he developed a deeper interest in Space science and research.

As a college student, Somanath had specially requested his Professor to teach him a course on Propulsion (a specific subject in Rocketry, that is not taught as part of Engineering). Interestingly, the faculty too had agreed to read up on the subject to teach his students. Despite it having been the first time that such a subject was taught at their college, the TKM College of Engineering in Kollam, Kerala, upto ten students had taken that course.

It was during his final year in college that Somanath had applied for a job at ISRO, as the Indian Space Agency was recruiting young engineers to join the fledgling Polar Satellite Launch Vehicle(PSLV) Programme. Thanks to his high scores in the previous semesters, Somanath was recruited. Thus began a journey of realizing both his childhood and adulthood dreams, that aimed for the planets via the means of space science and rocketry.

He joined ISRO’s Vikram Sarabhai Space Centre(VSSC), the lead facility for developing rockets, in 1985 and was a team leader for integration of the PSLV rocket during its early phases. Rising up the ranks, he joined GSLV MkIII Project during 2003 and was the Deputy Project Director responsible for overall design and integration of India’s heaviest and most powerful rocket. He was the Project Director of GSLV Mk-III from June 2010 to 2014. An expert in the area of system engineering of Launch vehicles, his contributions in PSLV and GSLV MkIII were in their overall architecture, propulsion stages design, structural and structural dynamics designs, separation systems, vehicle integration etc.

Later, he also led the team of LPSC(ISRO’s Liquid Propulsion Systems Centre) to complete the development and qualification of CE20 cryogenic engine and the C25 stage, which was successfully flown in GSLV MkIII-D1 flight. He also played a key role in three successful missions of GSLV with indigenous cryogenic stages and eleven successful missions of PSLV with the liquid stages realized by LPSC. Fifteen successful satellite missions were also accomplished with the propulsion systems supplied form LPSC.

He is also credited with driving the developmental activities of high-thrust Semi-cryogenic engine, throttleable engines for Chandrayaan-2 moon lander, successful flight of electric propulsion system in GSAT-9, among others. Dr. Somanath is also a Gold Medallist in the Masters Course in Aerospace Engineering from Indian Institute of Science, Bangalore. He will serve as Chairman ISRO and Secretary, Department of Space for a tenure of three years.

An ardent fan of cinema, Dr. Somanath was once a member of the Film society and similar groups in Thiruvananthapuram, Kerala’s capital. However, owing to his rigorous schedule, cinema was something that had to be put on the backburner. A dynamic public speaker, he’s been an active Keynote speaker at various national and International events and has also delivered TEDx talks. Dr. Somanath is married to Valsala, who works with the Goods and Services Tax department. The couple have two children, both of whom have competed their ​Master’s degree in Engineering.

Rocket science is among the most challenging and unforgiving fields of work, but, what keeps this man going ? This is what he tells his juniors, “We work on rockets, not just because they put satellites up there.. Rockets are the only means by which humans can travel from the shores of earth to another planet… there is just no other way!”

Note: The anecdote of Dr. S.Somanath having joined his seniors in setting right a live PSLV rocket is excerpted from ‘Ready to Fire’ the Autobiography of ISRO Veteran Padma Bhushan S Nambi Narayanan. As the then Cryogenic Project Director and Project Director for 2nd and 4th stages of PSLV, Nambi Narayanan had selected and led engineers S Somanath and S Ramakrishnan to join him to perform the daredevilry of working to set right a live rocket, on October 15th 1994. Eventually, Ramakrishnan rose up to the post of Director, LPSC, while Dr. Somanath rose up to Director,LPSC, then Director, VSSC and now Chairman, ISRO.