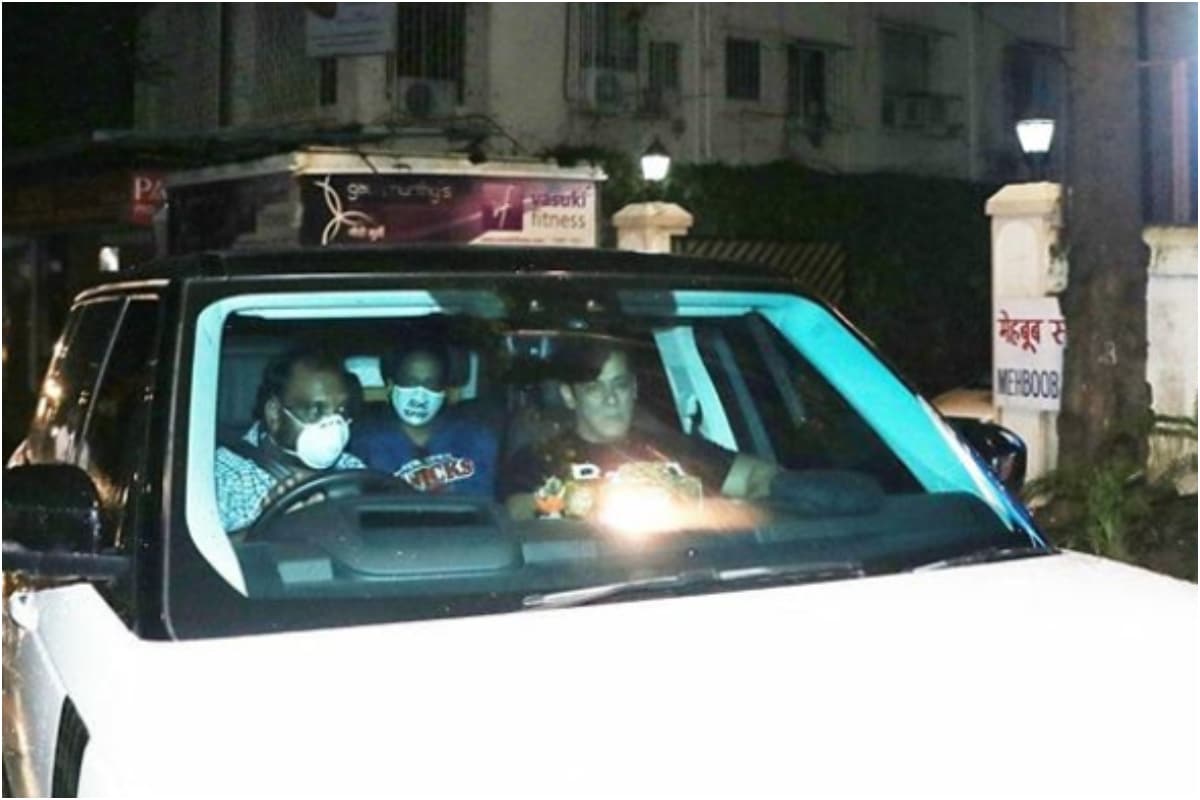 Salman Khan in his car outside film studios in Mumbai

Salman Khan was spotted outside Mumbai’s Mehboob Studios on Monday night leading to speculation that he may be back in the city from Panvel to shoot for ‘Bigg Boss 14’.

Salman Khan has been at his farmhouse in Panvel amid the coronavirus pandemic. The actor and his friends and family members have been there with him too and they all recently celebrated the festival of Raksha Bandhan together.

There have been various reports circulating that amid the lockdown, Salman was also finalising work on Radhe : Your Most Wanted Bhai and was planning shooting schedules for his upcoming movies with the respective teams holding meetings at Panvel. In fact, Salman also recorded, shot and released two music videos– Pyaar karona and Bhai Bhai– over the last few months and both were shot at the actor’s suburban property.

Now, Salman was spotted outside Mumbai’s Mehboob studios on Monday night, leading to speculation that he is back in town for shooting of the upcoming season of Bigg Boss.

The reality show has been greenlit for a new season recently and a teaser was also launched over the weekend. Contestant names will now be finalised and contracts drawn up over the coming weeks. BB 14 is said to launch in September.

Earlier, it was claimed that Salman will shoot from Panvel the upcoming season of Bigg Boss but now as most actors, including film industry A-listers, return to work keeping coronavirus safety precautions in mind, will Salman too shoot BB 14 the traditional way?