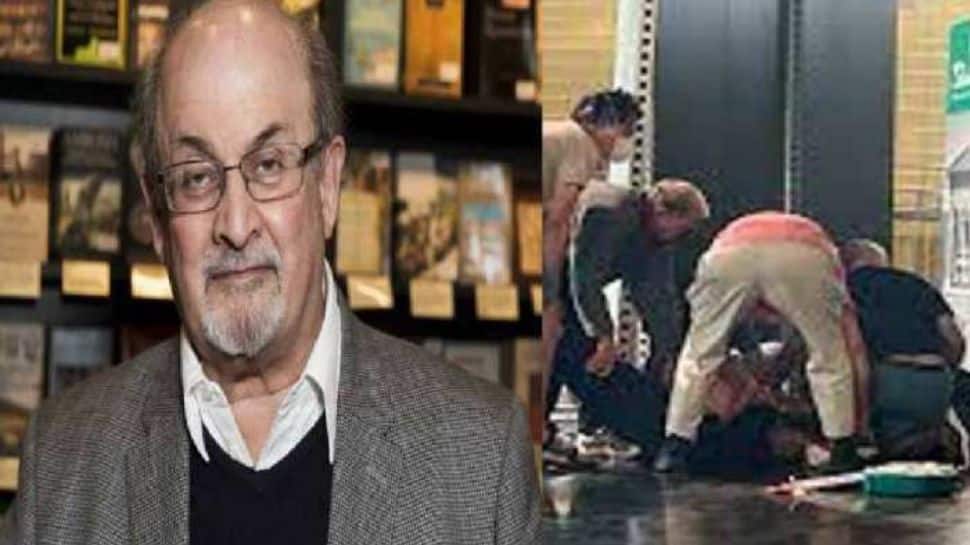 New York: Salman Rushdie has lost sight in an eye and his one hand is incapacitated following the brutal knife attack on the acclaimed Mumbai-born author in August, his literary agent said. Rushdie, who faced Islamist death threats for years after writing “The Satanic Verses” book, was stabbed in the neck and stomach on stage in front of a stunned audience by 24-year-old New Jersey resident Hadi Matar, a US national of Lebanese origin. The attack on the 75-year-old Booker Prize-winning author came as he was getting ready to speak at a literary event at the Chautauqua Institution in Western New York.

Rushdie’s wounds “were profound, but he’s [also] lost the sight of one eye… He had three serious wounds in his neck. One hand is incapacitated because the nerves in his arm were cut. And he has about 15 more wounds in his chest and torso. So, it was a brutal attack,” his literary agent Andrew Wylie told the Spanish-language newspaper El Pa’s in an interview.


When asked if Rushdie was still in the hospital, Wylie said he cannot give any information about the celebrated author’s whereabouts.


The ‘fatwa’ issued against Rushdie

He was asked if the attack on Rushdie so many years after the fatwa was issued against him meant that “we’re living at a particularly dangerous time for freedom of expression in the world.”

“I think the attack was probably something that Salman and I have discussed in the past, which was that the principal danger that he faced so many years after the fatwa was imposed is from a random person coming out of nowhere and attacking [him],” Wylie replied.


“So, you can’t protect against that because it’s totally unexpected and illogical. It was like John Lennon’s murder,” he said.


India had condemned the attack

India had condemned the “horrific attack” on the celebrated novelist and wished him a speedy recovery.


“India has always stood against violence and extremism. We condemn the horrific attack on Salman Rushdie and we wish him a speedy recovery,” External Affairs Ministry Spokesperson Arindam Bagchi said at his weekly media briefing in August.

The attack on Rushdie triggered global condemnation and an outpouring of support for the author.


Rushdie spent years in hiding after Iran’s supreme leader, Ayatollah Ruhollah Khomeini, issued a ‘fatwa’ in 1989 calling for his death following the publication of his novel ‘The Satanic Verses’. Following the attack, Iran denied any links with the attacker. Rushdie was born in Mumbai in 1947. He was sent to boarding school in England before studying at the University of Cambridge. In 2007, he was knighted for services to literature.