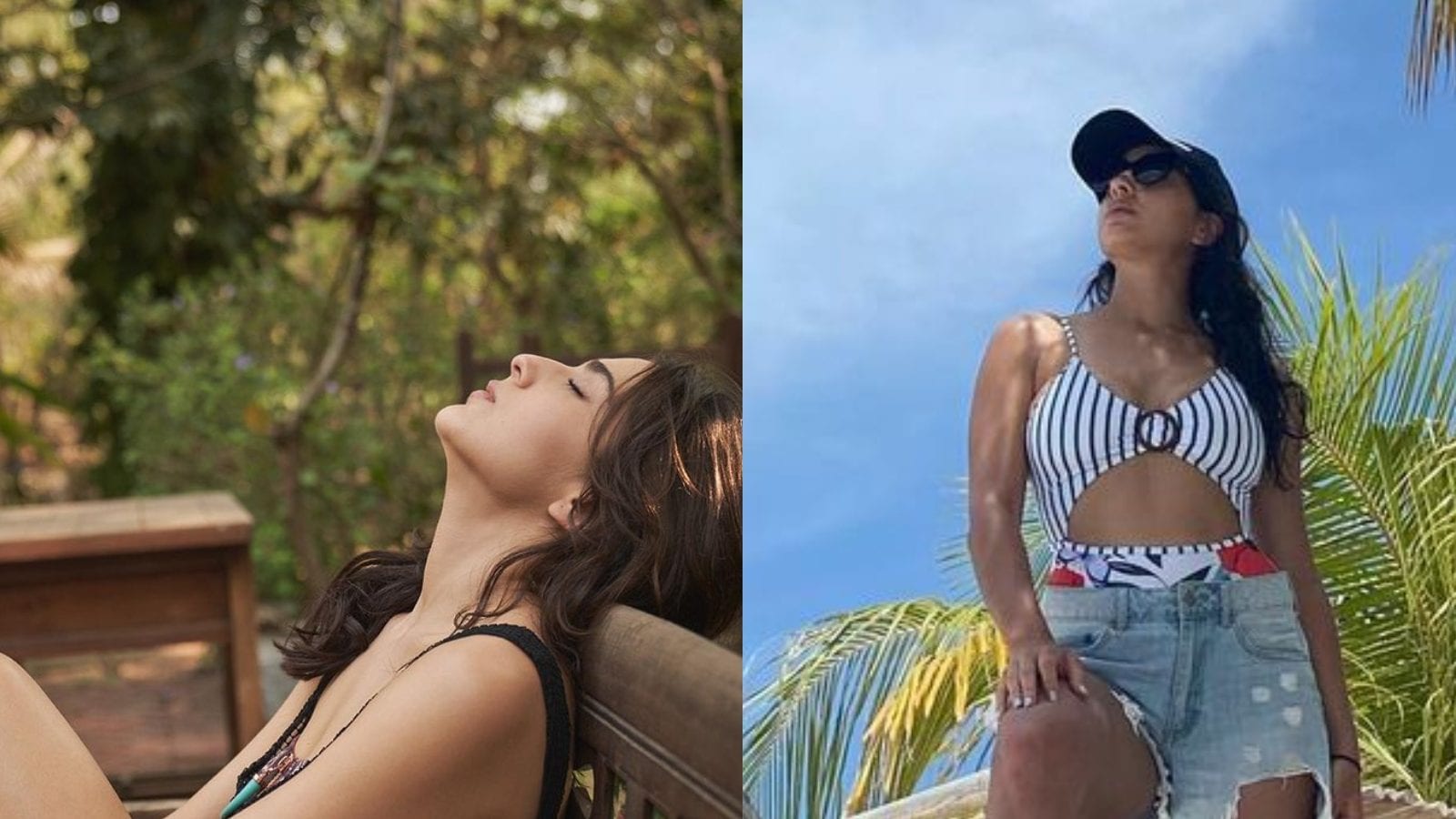 Actress Sara Ali Khan loves to share sneak peeks into her personal and work life via her social media handle and her fans adore every bit of it. Often, when Sara heads out of the city with her brother Ibrahim Ali Khan or close friends, she shares photos on social media. The actress often visits the mesmerising location and even has a name for it -the namaste darshakon series. Well, the Pataudi princess is yet again travelling and she has shared pictures of herself at breathtaking locations. These pics will surely make you pack your bags and leave for vacation!

The Love Aaj Kal actress took to Instagram on Friday and posted a couple of stunning pics of herself. The first sees her resting on bench in sexy monokini, followed by a photo of her posing while standing on a tree and the next is a snap of Sara meditating near sea. The last one is a capture of Sara as she poses amid snow clad mountains.

Taking to the captions, she wrote, “”…and then, I have nature and art and poetry, and if that is not enough, what is enough?”- Vincent van Gogh.”

Soon after the post was shared scores of her fans chimed into the comments section to shower compliments on the actress. Manish Malhotra too dropped heart emoricons.

However, according to a report by India Today, Sara Ali Khan will no more be a part of this Aditya Dhar directorial. The report suggested that the film’s production house, Jio Studios, decided to implement a change in the cast for reviving The Immortal Ashwatthama. While the director insisted on having Vicky as the protagonist, the reason behind the makers dropping Sara from the cast has now been revealed.

A source close to the development told the news portal, “After the film was indefinitely pushed and between revival, the script has been revised as well.” Talking about the revised script, the source added, “While the earlier script demanded a young girl to be cast, Sara was on board. However, with the dates clashing and the change of role, it was no longer doable.”

“The script in its current state needs a slightly older actress to be cast opposite Vicky. Hence, now the makers are looking at other options,” concluded the source, shedding light on the makers’ decision of replacing Sara.

Speaking of her projects, Karan Johar recently confirmed that Sara will be collaborating with him for 2 films. However, an official announcement is yet to be made. Apart from this, Sara Ali Khan was last seen featuring in the romantic fantasy drama film, Atrangi Re alongside Akshay Kumar and Dhanush in the pivotal roles, which was directed by Aanand L Rai. Next, she will be seen in producer Dinesh Vijan and director Laxman Utekar’s next yet-to-be-titled film alongside Vicky Kaushal. It is touted to be a romantic comedy and this movie will mark her first project with the Uri: The Surgical Strike actor. The Coolie No. 1 actress also has Pawan Kriplani’s Gaslight with Vikrant Massey and Chitrangada Singh.