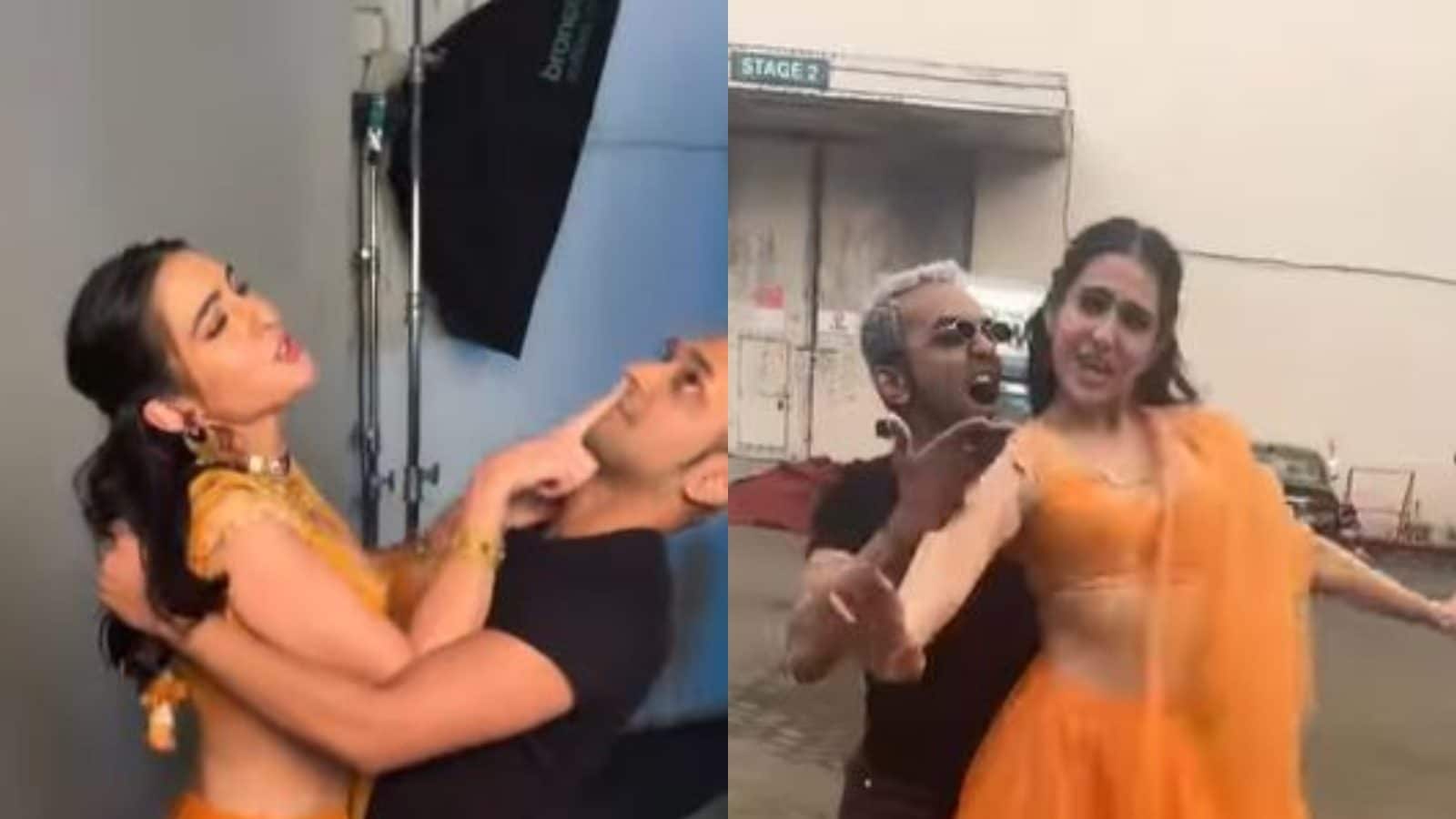 Bollywood actress Sara Ali Khan is quite active on social media and often treats her fans to glimpses of her personal and professional. The actress dropped an entertaining transition dance video with her hair stylist Sanky Evrus in which she depicts “the most accurate form of appearance vs reality” between life before and after having coffee on her social media handle.

Taking to her Instagram account, Sara posted a video where she and her hair stylist can be seen dancing together to two different songs at two different locations. The Atrangi Re actress donned an orange lehenga with a matching embroidered dupatta whereas her stylist Sanky opted for a black T-shirt with dark brown pants. In the first part of the video before the transition, the actress and the stylist are seen grooving to the hit song Bahon Mein Chale Aao from the film Anamika while in the second half, both of them danced to Tinku Jiya from the film Yamla Pagla Deewana.

Captioning the video, she used her poetry skill and wrote, “The most accurate form of appearance VS reality, Wild and crazy is just our mentality, Love Sanky Evrus so excuse the partiality, Also since he’s the only one, that will part-take in this abnormality, We are simple souls in actuality but please watch us take over the locality.”

Several netizens reacted with the laughing emoji to the video. One of the users commented, “The energy you have Sara is amazing. I love your aura, so positive.” Another one wrote, “Powerhouse.”

Sara Ali Khan is the daughter of Saif Ali Khan and ex-wife Amrita Singh. Sara made her acting debut in 2017 with Kedarnath and has since appeared in films such as Simmba and Love Aaj Kal, among others.

She was previously dating Kartik Aaryan and it was recently confirmed by filmmaker Karan Johar on his show Koffee With Karan In 2018, Sara appeared on Koffee With Karan and mentioned Kartik Aaryan as an actor she found attractive. According to reports, their romance blossomed after they were cast together in Love Aaj Kal. However, the actors reportedly parted ways in 2020.

Meanwhile, on the work front, Sara Ali Khan will next be seen alongside Vicky Kaushal in a Laxman Utekar movie. Sara will also appear alongside Vikrant Massey and Chitrangada Singh in the movie Gaslight.