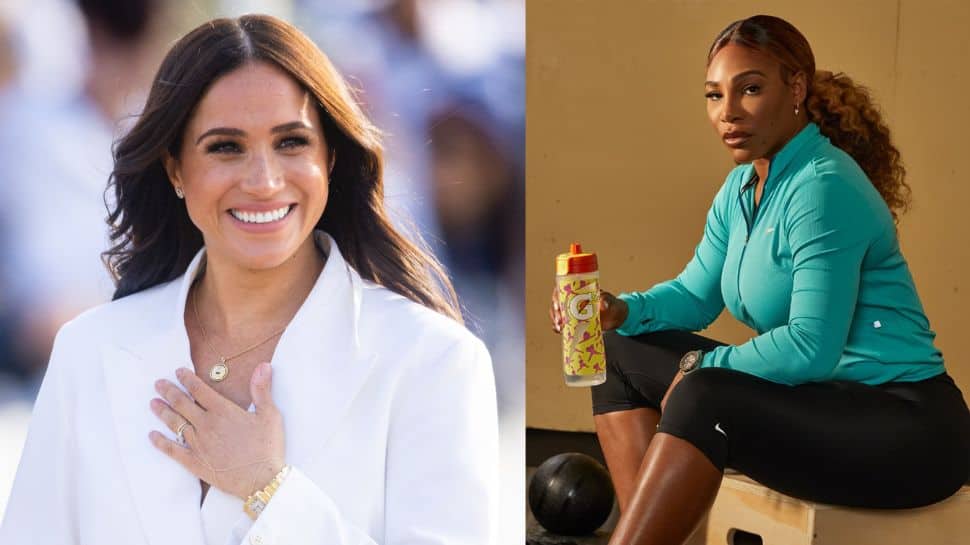 Serena Williams and Meghan Markle recount challenges they’ve experienced as working mothers on the Duchess of Sussex’s first podcast, including stories of having to work soon after scary incidents involving their children. Williams, a 23-time Grand Slam champion who said recently “the countdown has begun” to her retirement, recounted on Meghan’s ‘Archetypes’ Spotify podcast Tuesday that she played a match at the 2018 French Open after a nearly sleepless night after her daughter, Olympia, broke her wrist.


“I somehow managed to win, but I was so emotionally spent and just like so emotionally drained that it was, it was crazy. And, you know, and then like every night after that, I just was with her the whole time and was like you’re going to be with me,” said Williams, who has indicated that her final tournament will be the US Open, which starts in New York next week.


The tennis great and Meghan, who are friends, spoke at length on Tuesday’s episode about the challenges of balancing high profile careers in the public eye and motherhood. “So when you went and played that match the next morning, no one knew what your night had been like the night before. They forgot that human piece of it,” Meghan said about Williams’ French Open experience.


Meghan recounted an incident during a tour of South Africa with her husband, Prince Harry, and their son, Archie, in which a fire broke out in her son’s room and the pair had to leave their baby to continue their official duties. Archie was supposed to be napping in the room at the time, but his nanny had taken him out to get a bite to eat. The incident left everyone shaken, Meghan said.


She said she wanted to spend time with her son, but she and Harry had to go and do another official engagement. “The focus ends up being on how it looks instead of how it feels,” Meghan said. “And part of the humanizing and the breaking through of these labels and these archetypes and these boxes that we’re put into is having some understanding on the human moments behind the scenes that people might not have any awareness of and to give each other a break.

Williams, who turns 41 next month, and Meghan spoke about the tennis star’s recent announcement about stepping away from tennis. Williams said she discussed it with Prince Harry before revealing her decision publicly. “Obviously I’m retiring professionally, but it’s also an evolution. I’m doing more business things. And I really want to expand my family. And, you know, I’ve been putting it off for so long. And as a woman, there’s only so, so long you can put that off,” Williams said.