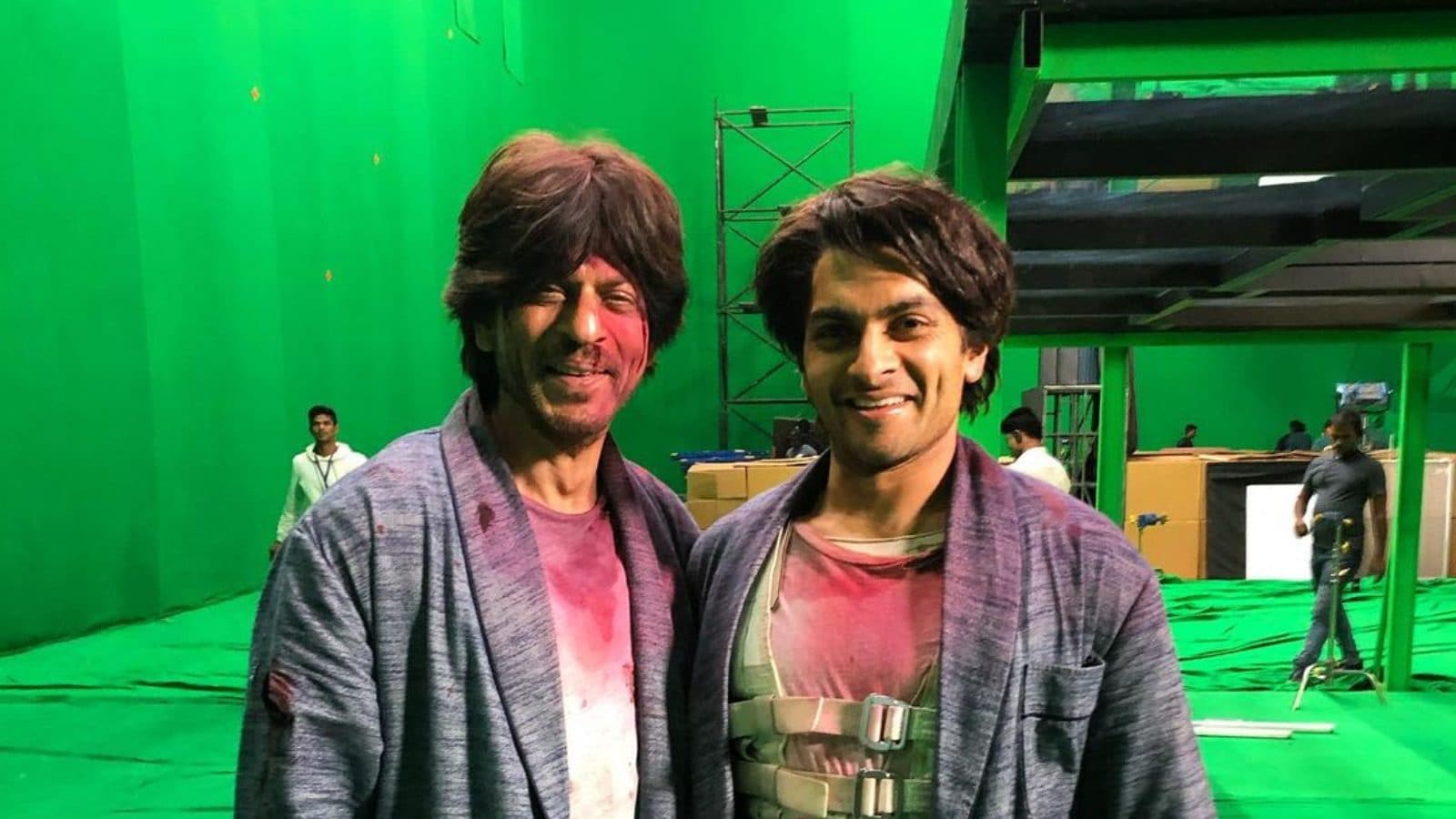 A never-before-seen picture of Shah Rukh Khan from the sets of Brahmastra has surfaced online. The actor, who has an extended cameo in the Ayan Mukerji directorial, was seen posing with his stunt double in the unseen picture. As per the stunt double’s Instagram account, his name is Hasit Savani and he is a UK-based international stunt performer.

Shah Rukh Khan and Hasit were seen wearing matching outfits, covered in red colour. They were seen posing against the green-screened room where SRK’s share of the shoot took place. Sharing the picture, Hasit wrote, “A real pleasure to be the stunt double for the legend, Shah Rukh Khan, for his cameo sequence in Bollywood film Brahmastra.”

The picture soon went viral with several SRK fan clubs sharing it on numerous platforms. Several fans took the comments section of the picture and praised the stunt double for his performance in Brahamstra. “Hats off to stunt man who performed such action,” a fan said. “Bro ..u were amazing out there,” added another. “God level performance brother. You deserve all the appreciation for your work. Very well done,” a third said.

For the unversed, Shah Rukh Khan played the role of Mohan Bhargava, a scientist and also a nod to his role in Swades in which Ayan Mukerji was an assistant director, in the film. He played an important member of Brahmansh, with his character wielding the ‘Vanarastra’.