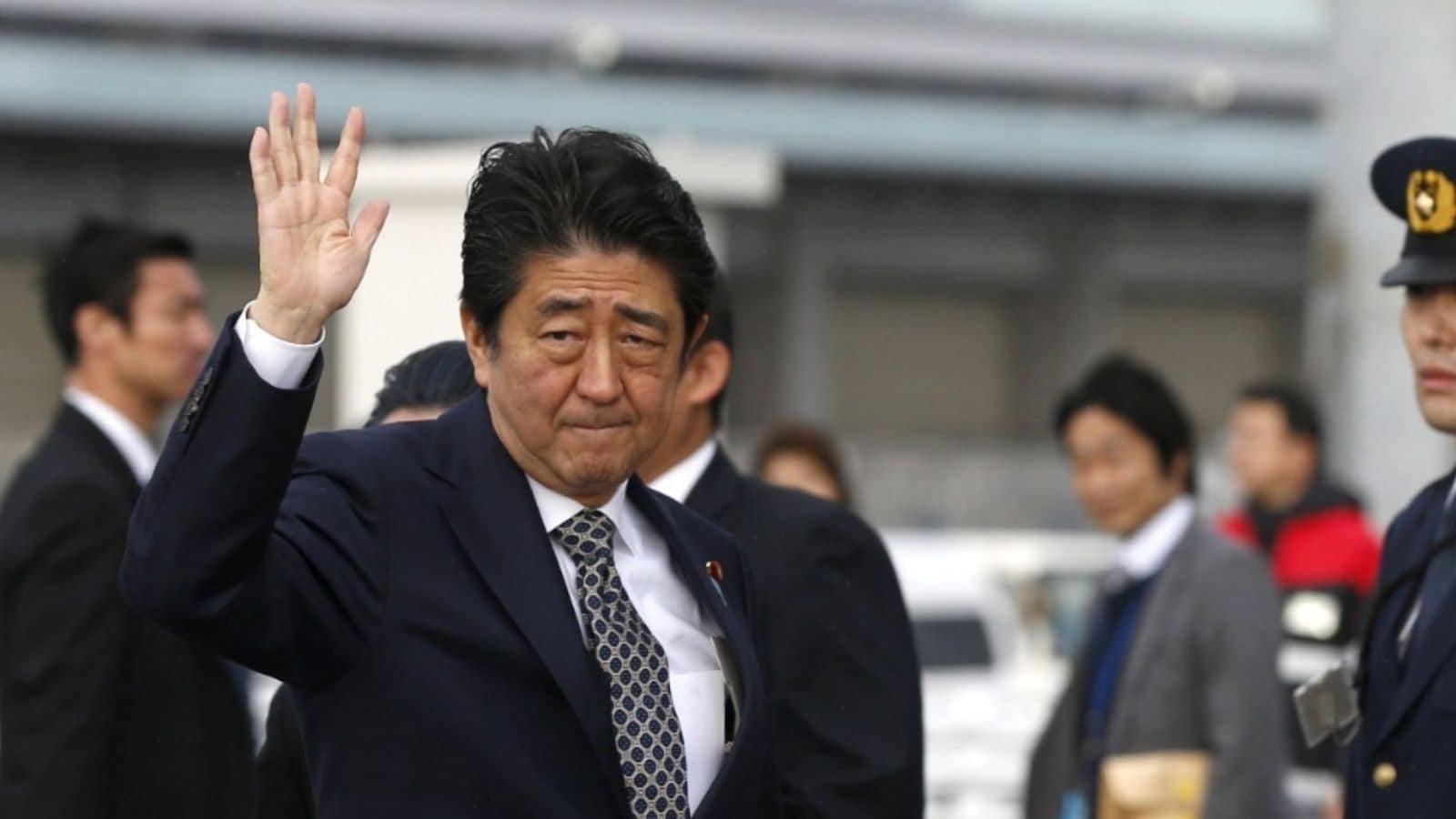 The use of 3D printing is typically regarded as a promising and non-offensive technology. But what happens when someone can rapidly, discretely, and conveniently print essential gun parts at home?

After Shinzo Abe, Japan’s longest-serving prime minister, was shot dead on the road, there was speculation over whether the weapon was 3D-printed. Though initial videos and images shared over social media platforms seem to imply that is not the case, the information about it and the murder itself is still emerging.

Abe, 67, was wounded twice by gunfire from behind as he spoke at a rally for his political party in the western city of Nara. After suffering two significant neck injuries that severely ruptured an artery, he bled to death. It is the first time a serving or former Japanese prime minister has been assassinated since the 1930s.

The gunman, identified in media reports as 41-year-old Yamagami Tetsuya, appeared emotionless when speaking with investigators and has been replying quietly to questioning.

He, however, told police officials that he had used a handmade gun.

As reported, police officers in the Nara region said: “That’s the suspect’s assertion, and we have determined that (the gun) is clearly handmade in appearance, although our analysis is currently ongoing.”

The suspect stated that he held a grudge against a particular organisation and that he committed the crime because he believed former prime minister Abe had a connection to it, an officer added.

This incident shocked the whole world as Japan is not a country of guns or gun violence. Under 1958 Japanese law, the possession of firearms and swords is prohibited in the country.

Handguns are banned in Japan, but weapons can be obtained for hunting after passing a series of tests and criminal record checks. Furthermore, police are needed to be informed about such weapons as authorities carry out inspections of these weapons once a year.

As a result, Japan has the lowest per capita level of gun ownership in the G7 group of wealthy nations, with only 0.3 per 100 inhabitants, while in the case of the US, it is 120.5 per 100 individuals. Data also shows that the Asian country has the lowest gun death rate, at 0.03 per 100,000 inhabitants.

However, here it should be noted that Tetsuya was a member of the navy’s maritime self-defence force for three years, where he probably got firearms training. Meanwhile, local reports revealed that police have discovered more elaborate versions of the firearm at the suspect’s residence.

It was also claimed that all these seized weapons included both a 5 and a 9-barreled shotgun, which appear to be electrically fired. So are all these weapons 3D-printed as many netizens suspected?

There haven’t been many details released regarding the gun, but photographs appear to show two metal barrels, probably aluminium, coupled to a wood base, all wrapped in black tape.

NR Jenzen-Jones, an arms and munitions intelligence specialist and director of the UK-based Armament Research Services (ARES), told the Daily Beast: “I think the first interesting observation is that it’s clearly electrically fired.”

While further explaining the gun, the expert said: “There’s electrical wire passing through each of those end caps that you can see in one of the images. That indicates to me that it’s an electrically-fired firearm. My hunch is that it’s probably a muzzle-loading design. It’s probably a smooth-bore weapon—by which I mean unrifled, like a shotgun—but again, that’s not a certainty.”

So it is understood that unless they were hidden beneath the tape, there didn’t appear to be any 3D-printed parts. However, given the remainder of the equipment was so rudimentary, it’s impossible to conceive why any of it needed to be made with a 3D printer.

But it doesn’t mean that there are no such cases where a 3D-printed firearm was used in the past. In fact, 3D-printed gun-related arrests are growing worldwide.

Staring down the barrel

As 3D printing got more popular in the early 2000s, new opportunities for do-it-yourself enthusiasts emerged. Among this new wave of 3D-printed products, the first polymer models for firearms and firearm components began to appear.

However, the first completely functional 3D-printed firearm did not debut until 2013 and its name was the Liberator, which was created by Cody Wilson, founder of Defense Distributed, an online open-source hardware organisation.

Later, several groups, inspired by Wilson, developed, sharing ideas for 3D-printed firearms on forums and social media. So today, using 3D printing technology, it is possible to print the simple single-shot Liberator or even semiautomatic guns.

A few F3DP models, like the Songbird, Washbear, and ZigZag, have drawn considerable attention, while Hybrids combine some non-printed, commercially produced, or homemade parts with some 3D-printed parts, typically the frame and lower receiver. Additionally, parts kit completions are kits that utilise completed or nearly completed parts and demand that the user print or purchase the missing parts individually.

It should be noted that the price of a 3D printer, which uses layers of filament to create functional handgun components based on design files, is one potential barrier but these printers have become more affordable in recent years.

In early June this year, police in Western Australia arrested a teenager and charged him with gun crimes after discovering a fully operational handgun they believe he constructed at home using a 3D printer.

After the arrest, the police stated: “It’s deeply concerning that this man was able to manufacture this firearm at home with a 3D printer and readily available materials.”

The seized firearm, according to reports, is capable of firing 15 rounds with one pull of the trigger, while police claimed that it took two days to make this weapon with required materials costing less than 40 Australian dollars (almost Rs 2,100).

It is noteworthy that this particular incident took place after the Western Australian government proposed changes in firearm laws to make it illegal to create plastic 3D weapons.

It was also reported recently that in the UK, 3D-printed firearms are starting to appear more frequently. Since 2019, 6 individuals in Britain have been charged with crimes involving 3D-printed firearms, despite the fact that the UK’s laws are some of the most robust.

In the UK, a Metropolitan Police official said that one of these seized guns, FGC 9, was found in a northeast London borough in September 2021.

It was said that 5 out of 6 people charged in connection with 3D-printed firearms learnt and researched online to create the guns.

Separately, reports revealed that in 2019, a neo-Nazi in Germany killed two people and attacked a synagogue using guns and other homemade weapons.

Some of the firearms the culprit had were made of a combination of steel, aluminium, wood, and 3D-printed parts.

In 2018, EUROPOL issued a warning that as technology advanced, more people would have access to 3D printing, which might increase the illegal production and trading of firearms across Europe.

The European Commission identified the production of so-called hybrid 3D-printing firearms, which rely on both 3D-printed parts and readily available, globally unregulated components, such as steel tubing, metal bar stock, and springs as the most dangerous threat in an October 2021 report to the EU Parliament and Council.

In that report, the Commission stated that it was deciding whether to outlaw not only the possession of 3D-printed weapons but also the sharing of their plans.

Meanwhile, in the US what happened was the commitment by President Joe Biden to crack down on unregistered “ghost guns” reignited interest in handguns that can be constructed at home from individual components, kits, or using 3D printers.

The Biden administration claims that mandating dealers to affix serial numbers on ghost weapons that come their way will help curb crime since untraceable handmade firearms are increasingly turning up in fatal shootings across the country. However, pro-gun organisations claimed that the US government is overreaching and infringing their rights.

Since online platforms play a major role in terms of sharing knowledge and information, it is important for these companies to take immediate action against gun violence-related posts or forums.

However, several platforms have already claimed that they are shutting down such accounts which are found to be violating their firearms-related policies.

For example, accounts that violated Instagram and YouTube’s regulations, which ban content aimed at teaching users how to build 3D-printed guns, have been deleted.

Additionally, Twitter stated that it also takes immediate action against those accounts which go against its rules to use the platform for illegal activities.