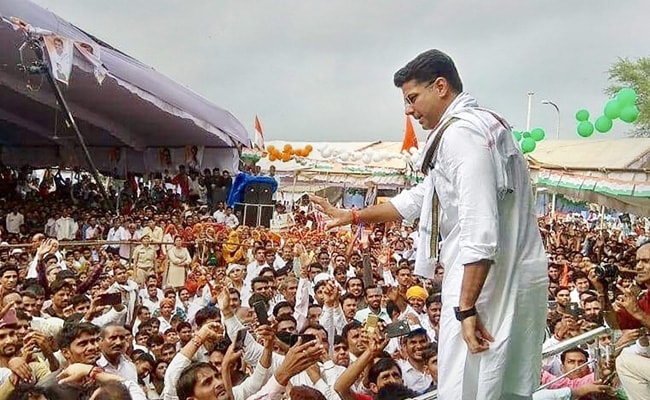 Sachin Pilot has not responded to the charge.

Months before elections in Rajasthan, the fragile truce in the state’s ruling Congress threatens to unravel with a minister accusing senior party leader Sachin Pilot of organizing a shoe attack on him at a rally.

Ashok Chandna, the Rajasthan Youth and Sports Affairs Minister, was reportedly heckled at an event in Ajmer on Monday. The minister says when he started speaking, the crowd flung slippers in the air and many shouted “pro-Sachin pilot slogans”.

The incident allegedly took place at a meeting held before the immersion of the ashes of Gurjar leader Kirori Singh Bainsla at Pushkar.

When Mr Chandna and other Congress leaders gathered on the stage, a group believed to be of Mr Pilot’s supporters started hooting, apparently upset that the former deputy Chief Minister was missing. Shoes were thrown at the stage but none hit anyone.

Mr Chandna has been lashing out at Sachin Pilot since. The minister is believed to be close to Chief Minister Ashok Gehlot, whose feud with Sachin Pilot remains unresolved despite multiple peacemaking attempts.

Both Mr Pilot and Mr Chandna are from the Gurjar community.

On Twitter, Mr Chandna said: “A wonderful sight was seen when Rajendra Rathore, the then cabinet member who ordered the killing of 72 people, was applauded when he came on stage and shoes were thrown at those whose family members went to jail in the agitation.”

Hours later, he posted another tweet challenging Mr Pilot. “If Sachin Pilot can become Chief Minister by getting a shoe thrown at me, then he should do it soon because today I do not feel like fighting. The day I fight, then only one will be left and I do not want this,” he wrote.

“Nobody has their eyes shut and it’s clear whose supporters are behind this. People were taking his name. People were shouting slogans in his favour. They were creating a ruckus. They have been identified. They are his supporters, his workers,” the minister told reporters.

Mr Pilot has not responded to the charge.

In 2020, Mr Pilot rebelled against the leadership of Ashok Gehlot and camped near Delhi with 18 MLAs. A month-long standoff ended after the Gandhis intervened. 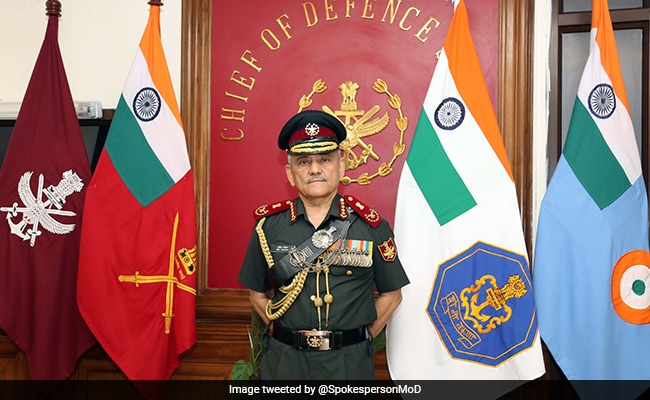