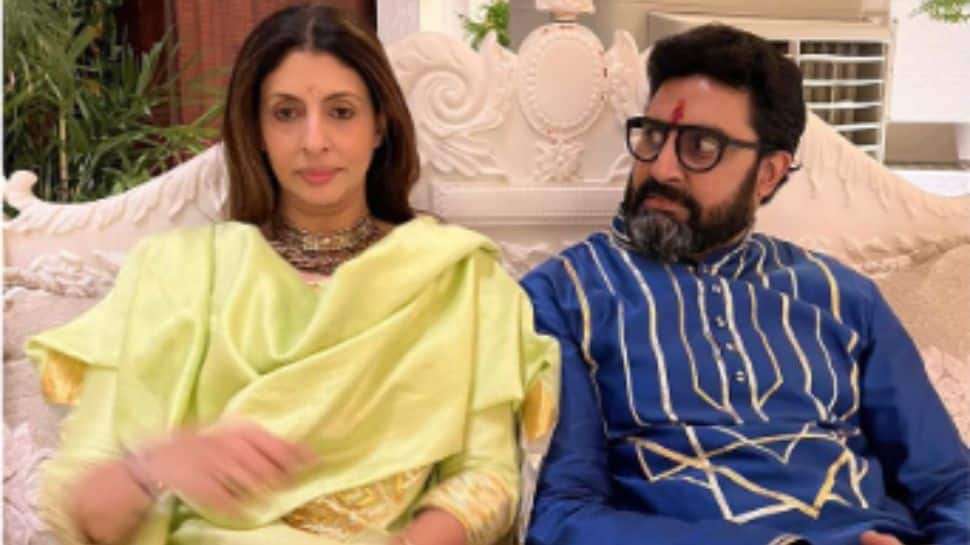 Mumbai: As it’s Bhai Dooj today, megastar Amitabh Bachchan`s daughter Shweta Bachchan penned a quirky wish for her brother Abhishek Bachchan. Taking to Instagram, Shweta dropped a few pictures in which Abhishek is seen in his fun element. In the first photograph, Shweta is seen looking at something in the front while Abhishek makes a funny face at her.

In the second photo, the brother-sister duo look at each other, smiling.The third picture also shows Abhishek in a witty mood. Seems like the particular images were captured during Bachchan`s Diwali bash as Abhishek was spotted wearing the same blue kurta in his Diwali pictures.”What A Guy, just sunshine and rainbows. Happy Bhai Dooj,” Shweta captioned the post. Here is the post shared by Shweta Bachchan:


Abhishek and Shweta are children of Amitabh Bachchan and Jaya Bachchan. Abhishek followed in the footsteps of his parents by making his foray into acting with `Refugee` in 2000, while Shweta opted for another career option.


Shweta married Nikhil Nanda, a Delhi-based businessman, in 1997. The couple has two children, Navya and Agastya. In addition to running a fashion label, Shweta made her debut as an author with the book Paradise Towers in 2018.